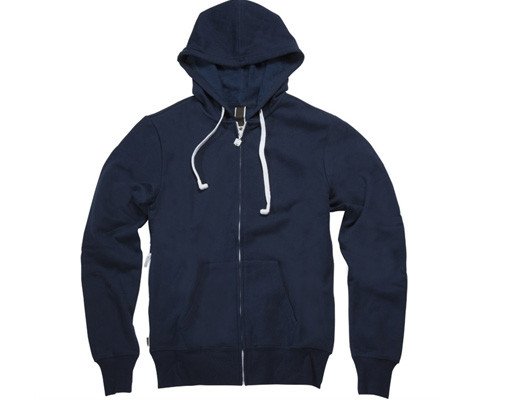 Whether we’re working out, grocery shopping, or running from the cops, we’re probably listening to music while doing so. HBsuper caught onto this and wisely created a machine-washable hoodie with build-in headphones.

We know, we know: “That sounds like an ‘As Seen on TV’ gimmick!”

Also: How to wear a scarf — like a man

We received the HBsuper Standard (pictured, $54). After a handful of uses, we found that, above all else, this was one comfortable hoodie. The earbuds were an added perk that we ended up utilizing simply because we could.

The headphone wire in the Standard is embedded in the fabric so you’ll never have to deal with a tangled cord; the earbuds are attached to the drawstrings. A zippered side pocket houses the audio jack, so simply plug your smartphone or MP3 player in, stash the device in the pocket, zip it up, and you’re good to go.

The headphones’ sound quality was on point (we won’t bore you with specs, which you A) probably won’t understand, and B) are most likely worthless to pay attention to according to CNET), but we question how durable the headphones will be. If they last as long as a typical set of earbuds in the $20-$40 range they’ll need to be replaced more often than you’d like.

You’ll also need to be choosy with whom you lend the hoodie to if you slack on cleaning out your ears. Seriously. Picture this: Your girlfriend gets cold, asks for a hoodie, and you reach for your Standard. After a bit she notices there are built-in headphones. As she checks them out she spots a golfball-sized glob of earwax that’s been crammed into the earbud. You’ll gross her out and essentially ruin any chances of getting laid that night.

The Complete Guide on How to Become a Sneakerhead