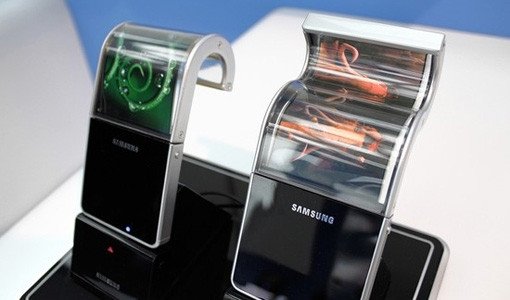 Cellphones may have gotten smarter and smaller since the Zack Morris days, but as anyone who’s gotten butterfingers while standing on a firm surface knows, all that technology has remained pretty breakable. But now Samsung has developed a phone that has a clear advantage over competitors like the iPhone. That advantage? Its screen bends and twists without breaking.

According to the Wall Street Journal, the bendy phones will feature a 5-inch flexible 1080p Super AMOLED screen (the “flexible 1080p” portion of that is more impressive than the “Super AMOLED” part; that technology is used in Samsung’s Galaxy S III models). By using a pliable plastic instead of glass, the Gumby phones will be thinner, lighter, and stronger than other smartphones on the market now. The idea isn’t to create something you can fold up Triscuit-sized for easier transport; it’s to improve durability. The downside? Samsung hasn’t made the phones waterproof, so when you accidentally drop the phone in the toilet, you’ll still have to replace it.

How To Start The Sale Of Non-Fungible Token?

The Laws and Restrictions Issues That Apply to the Metaverse

What Could a Folding Phone Upgrade do for You?