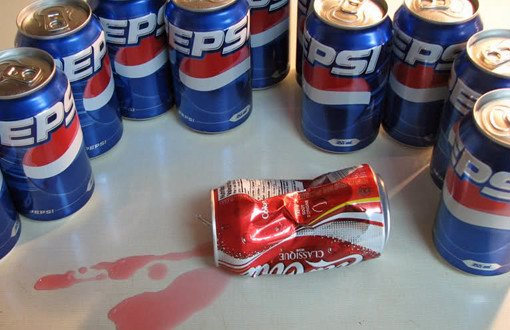 It’s still Movember, which means lots of dudes are sporting mustaches to raise awareness for prostate cancer and other men’s health issues. But if you can’t grow a decent lip tickler to support the cause, you can do the next best thing — theatrically swat sodas out of the hands of any guy you see drinking them. Because a recent study found that consuming soft drinks and other sugary drinks increases a man’s risk of developing prostate cancer by almost 40 percent.

More than 8,000 guys ages 45 to 73 participated in the 15-year study, in which each person kept tabs on his diet and underwent regular medical exams. Men who downed just one soft drink per day saw his odds of getting prostate cancer skyrocket. Why does this happen? Beats us — who are we, Dr. House? But eggheads hypothesize that all the sugar in the drinks releases insulin that actually feeds tumors.

Some other findings from the study: Diets rich in pasta, rice, and sugary cereals increase risk of developing milder forms of cancer, many of which require no treatment. Want more good news?  In 2012 alone there have been more than 240,000 new cases and 28,000 deaths from prostate cancer, according to the National Cancer Institute. Anyway, that’s enough depressing news. Let’s watch this video of a cat and an owl playing!