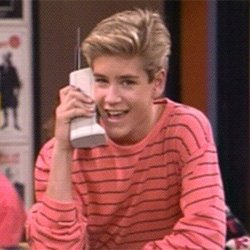 Smartphones make our lives simpler. They allow us to do things like check the news, shop, text, let people know every fascinating thought via Facebook and Twitter, and even keep our animals and crops healthy on Farmville. And all of that streamlining has apparently made us a bunch of addicts who can’t function without our devices, according to a new study.

The condition is called Nomophobia (no mobile phone phobia), and it applies to people who fear being separated from their cell phones. We wish we were kidding.

After 1,000 people were surveyed, 66 percent said they considered themselves nomophobes. Even sadder, that number is up from 53 percent from a similar study that took place four years ago. The largest age group affected was young adults between the ages of 18 and 24, where 77 percent were unable to stay away from their phones for more than a few minutes. People ages 25 to 34 fared a little better at 68 percent.

Think you have it? Symptoms of Nomophobia include checking your phone obsessively, experiencing anxiety over losing it even when it’s safely stored, and never shutting the device off.