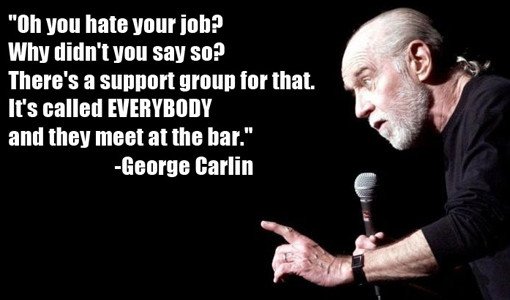 Remember during the Great Recession (2007-2009) when people were more focused on finding employment rather than hating the jobs that employed them? Those days are long gone, according to a poll from Gallup. Their findings, using data from 2010-2012, found that 52 percent of the workforce is like, so not into their jobs. In fact, only 30 percent of the workforce were found to be “engaged” in their works, while 18 percent considered themselves “actively disengaged.”

What’s that mean exactly? Well, those are the people who skate by, call in sick when they’re not, and totally use up the last of the coffee without making a new pot. While the coffee thing is annoying — and lazy, and infuriating, and we know it’s you who’s doing it Dan!!! — it’s the playing hooky that ends up costing companies up to $550 billion per year.

And we think that’s wrong. So wrong that we’re … actually, we’re feeling under the weather. *Cough, cough.* If you need us, we’re going to take a sick day and head to the beach in hopes of using the healing properties of the sun and beach volleyball to help us regain our strength. *Cough, cough.*