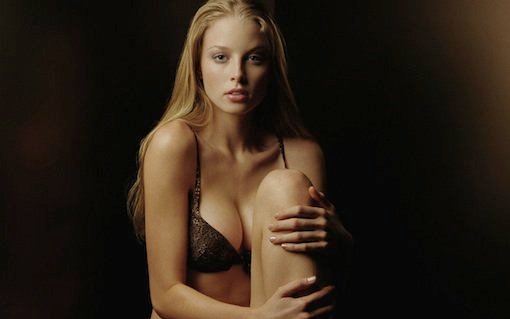 Conan once said, “[What is best in life is] to crush your enemies, see them driven before you, and to hear the lamentation of their women.” Your thoughts?
I love the idea of, “Revenge is a dish best served cold.” I’m not anti-revenge. But I’m anti-killing. And I don’t think rejoicing in the lamentation of any sex is good. But the movie is very barbaric, and in those times, that worked for the damsel in distress who’s tied up in a bikini. In modern times, not so much.

Did Arnold ever stop by the set?
He saw the movie and gave it thumbs up! 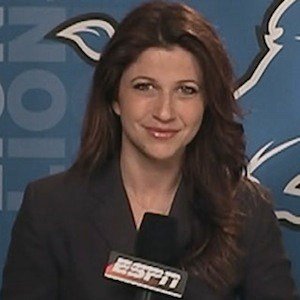 Who do you think would win in a fight between you and ESPN reporter Rachel Nichols?
It’s so funny, I’m desperate to meet her, because I’ve received fan mail of hers before! She’s got my dream job. And while I love my job, I love football players even more. To be a sideline/locker room reporter, are you kidding me? I would do anything to change places with her just for a day.

There’s actually a new reality show called “Same Name” where a celebrity and a person with the, uh, same name change lives for a day.
I need to be a part of that!

Anyway, could you kick Rachel Nichols’ ass?
I’m not quite sure how tall she is, but I’m pretty sure I can do some damage. She might be scrappy, I don’t know. She spends a lot of time with athletes. She might kick my butt.

You were in the movies “Star Trek” and “G.I. Joe,” and now “Conan The Barbarian.” Are you trying to make every single fan boy on Earth love you?
Yes! I want every fan boy to love me, because I love the fan boys. I have such respect for people who are big fans — that’s what keeps the industry alive. If I could shake every fan boy’s hand, I would!

You’d definitely want to wash your hand afterwards. When you decided to go to Columbia University and major in economics, was your first thought, “I hope I get a modeling contract out of this!”?
I always joke about that! First of all, I’m from Maine, and when you’re growing up there, models, musicians, actors, and professional athletes don’t seem to exist in real life. Doing something like that doesn’t seem possible. When I was in second grade, I wanted to be Paula Abdul. But then I remember thinking, “I bet a lot of people want to be her, so I should choose someone fewer people want to be. Then I’ll have a better chance.”

So you decided to become Nobel Prize-winning economist Elinor Ostrom, obviously. When did that change?
When I was stopped in the street by Next Model Management in New York. They took Polaroids of me and told me I should be a model. I saw those pictures again years later, and I don’t know what they were thinking. I was wearing sport sandals and jeans that were about three inches too short and too bulky. I looked like a big maxi pad.