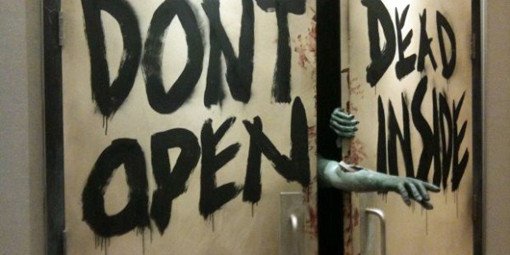 When vampires were in, fangs were all over the tube — UPN/WB had Buffy the Vampire Slayer and Angel, CW had The Vampire Diaries, and HBO had True Blood (oddly enough, NBC is debuting Dracula this month, proving once again how brilliantly flawed their programming strategy is).

But with zombies, AMC has the market cornered with The Walking Dead and a forthcoming, currently nameless spinoff. Is there no other appealing concept that can utilize grunting masses of flesh? Of course is!

We think you can take just about any TV show, zombify it, and it’ll seem quasi-watchable. We’ll let these eight spinoff shows of spinoff shows featuring zombies serve as proof. We’d totally watch them — wouldn’t you?

START GALLERY: SAVED BY THE BELL: THE DEAD CLASS