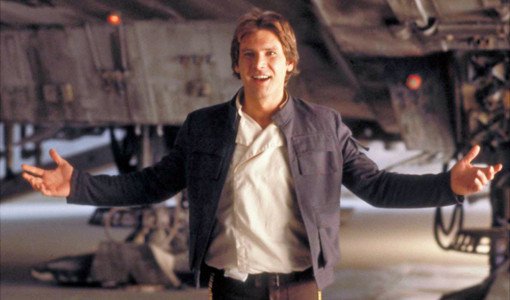 Now that the Star Wars universe has relocated to the Magic Kingdom, Disney is formulating big plans for everyone from Yoda to Boba Fett to Wuher (he’s the Mos Eisley bartender, noob). In addition to the announcement that Episodes VII, VIII, and IX will be produced — and that J.J. Abrams will direct VII — there have been rumors that several “spin-off” movies may be in the works. One of the proposed offshoots would revolve around the adventures of a young Han Solo. And thus were popped a million nerd boners.

We doubt they’ll try to do a Tron-style youngification process with Harrison Ford — though he’s supposedly going to play Han in Episode VII — the role of Solo will obviously have to be recast. Which cocky young Hollywood hotshot has the goods to wear Solo’s sweet vest? We got some help from a protocol droid and calculated the odds. (We know, we know — “Never tell me the odds!”) 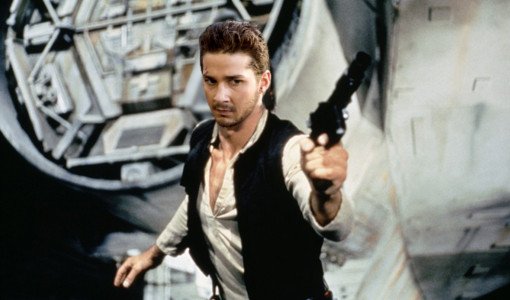 SHIA LABEOUF | ODDS: 3,720 to 1
If this were early 2008, LaBeouf would be your new Han Solo and fanboys would be immolating themselves like Tibetan monks. After all, wouldn’t it have been perfect symmetry for the kid who played Indiana Jones Jr. to be young Han Solo too? Thing is, LaBeouf openly bad-mouthed Indiana Jones and the Kingdom of the Crystal Skull — to be fair, it was an unbelievably terrible movie — which couldn’t have pleased a guy named George Lucas. It’s not like LaBeouf would be into playing Solo anyway; last year he claimed he was done making big-budget studio movies since there’s no room to be a visionary. In other words, {dismissive wave of the hand} this is not the role he’s looking for.