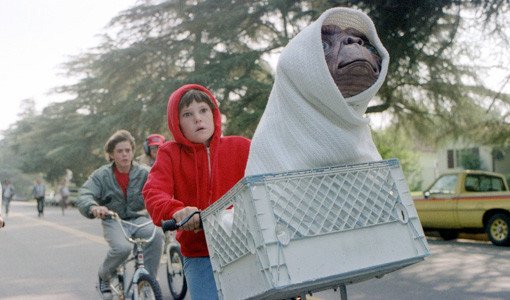 E.T. The Extra-Terrestrial was released in theaters on June 11, 1982. In case you’re a whippersnapper who doesn’t remember 1982, E.T. wasn’t just a really popular movie like, say, The Avengers. It was a worldwide cultural phenomenon. It raked in $433 million at the box office and earned nine Academy Award nominations, thanks in part to its being one of those rare movies that appeals to children but doesn’t make adults want to hang themselves. While a lot has changed since the film debuted — Steven Spielberg’s hair is thinner, Drew Barrymore hooked up with Tom Green, we now know all aliens to be bloodthirsty monsters — these 27 lessons we learned from E.T. still hold true …

2. Depending on the terrain, a bicycle can be a much better getaway vehicle than a car.

3. Though to be fair, it definitely helps if you’re in possession of an alien who can make your bike fly. 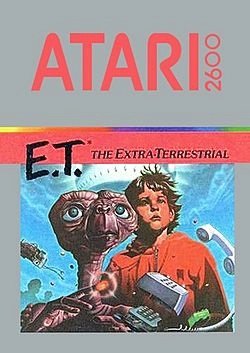 4. This movie is guaranteed to make a fantastic video game!

5. In the early ‘80s, covert government agents used walkie-talkies instead of guns.

6. If you were a small child in 1982 and your grandma took you to see E.T. and you eagerly assumed it would be the same kind of kick-ass space movie as the Star Wars films you so dearly loved, you were about to experience the first of many crushing disappointments life would present to you.

7. We shouldn’t bother worrying about America’s intelligence agencies and their Orwellian surveillance techniques. After all, those guys can be easily outsmarted by children!

8. If your only friend is an alien, you’re probably a loser.

11. But drunk children are hilarious.

12. Between E.T. and Poltergeist, which came out the same year, we don’t understand why anyone moved to Southern California subdivisions in the 1980s. 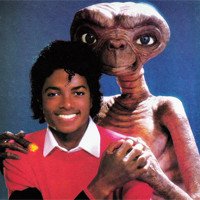 14. Drew Barrymore is a fantastic young actress who we’re sure will have a problem-free childhood and adolescence as she successfully navigates the shark-infested waters of Hollywood!

18. There are apparently no clothes in outer space.

19. There are apparently no gyms in outer space.

20. Outer space is therefore kind of a mixed blessing. 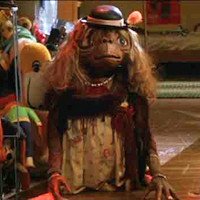 21. We know guys who would definitely hit on this after 17 beers.

22. Peter Coyote doesn’t quite live up to his badass last name.

26. We don’t care how many kids they heal or flowers they grow or bikes they fly or whatever. Long, narrow, glowy Alien fingers are disgusting.

27. Attempting to recreate the magic of a beloved film seldom works.