Chances are your toolbag (or toolkit, toolbox, tool cabinet, tool whatever) looks like a junk drawer. Spare parts from the GRUNDTAL you put together from IKEA, glue, nails, tacks, receipts, and paint brushes somehow find their way in there. And we get it — you’re no Tim “Tool Man” Taylor. That’s fine, so long as you have the essentials. If you can find these nine products in the clutter, you’re ahead of the game.

The Best Tools For Your Toolbag

It’s your go-to when hanging pictures to tapping out hinge pins, and freeing a stuck window. But it’s also good for smashing ice and splitting an intruder’s skull.
Cool hammer to own: The Cole-Bar Hammer ($55) 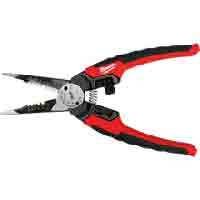 They say you can remove a broken light bulb from a socket with a potato or an apple. Don’t try it. Instead, use these. They’re also good for removing your Prince Albert in a pinch.

Whether you want to know if the new couch will fit in the doorway or you’re measuring your wingspan or … other parts of your body, if you aren’t exact you’re setting yourself up for failure (and possibly shock and depression).
Cool tape measure to own: Stanley Fat Max Tape Measurer ($16) 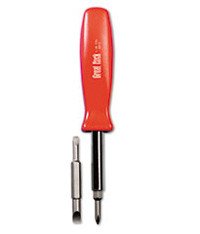 It’s not nearly as good as a three way, but a four way will have to suffice. Instead of sifting through a bunch bunch of different sized screwdrivers that take up too much room in your toolbox, grab one of these, grab a beer, and call it a day.
Cool screwdriver to own: 4-in-1 Interchangeable Bit Screwdriver ($7)

What to do When a Confident Guy is Nervous Around You?