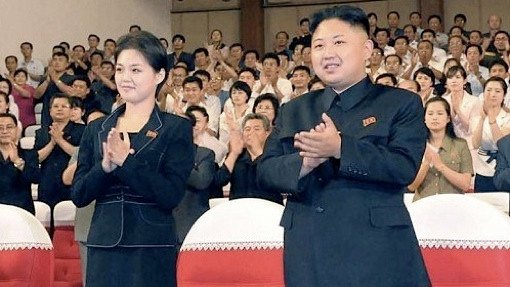 Kim Jong-un, North Korea’s 26-year-old dictator and son of the late level-headed humanitarian Kim Jong-il, just held a Disney-themed variety show. Now, if you needed proof that li’l Kim is just as crazy as dear ol’ dad, get this — he never got licensing rights to use the Disney characters. Forget nuclear bombs; he’d better have an arsenal of lawyers.

The event also sparked some speculation about the fledgling tyrant. For one thing, people wondered whether Kim, who was educated at a fancy Swiss school, might open up North Korea, thereby releasing millions of North Koreans from the oppressive stone-age yolk of totalitarianism they’ve endured for decades. Far more important than all that, however, was this: Kim sat next to a lady! Since nobody really knows who this mystery woman is, the Wall Street Journal nearly made an incest joke by writing, “Is North Korean dictator Kim Jong Eun married? Or is he hanging out with his sister a lot these days?”

Yes, Kim’s unidentified seat mate could be his sister, Kim Yo Chong, or it could be former (North Korean) pop sensation Hyon Song Wol, who sang for Bochonbo Electronic Music Band. (Their biggest hit? “Excellent Horse-Like Lady.” Seriously.) Thing is, nobody’s been able to figure out who this woman is because North Korea is so secretive. But we’ve unearthed a few indisputable facts:

• Despite the misleading haircut, the person in the photo is, in fact, a woman.

• Kim dated Hyon when they were teenagers. And he’s a one-woman dictator.

• The woman’s head does not look like a cantaloupe that’s been dropped off a particularly high kitchen table. So she may very well not be a Kim.

• The woman appears to have a waist. So she may very well not be a Kim.

• Kim wouldn’t bother wearing his nattiest third-world dictator ensemble just to hang out with his sister.

Sitting on your couch like a potato is becoming the norm for almost everyone. The reason is...