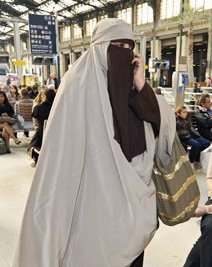 Women are no longer allowed to wear burqas in France. That’s because a countrywide ban just took effect subjecting any woman caught doing so to a fine of about $200 or to “citizenship lessons” — whatever the hell those are.

Well, we’re mad as hell about it! Sure, it’s shameful that the Frenchies are yet again putting their legendary cowardice on display by demonstrating how afraid they are of … women in billowy clothing. But what we’re really steamed about is that politicians in the good ol’ U. S. of A. have been wasting their time on the budget when they should be passing laws banning stupid women’s clothing.

So when the fat cats in Washington get their priorities straight, we have these suggestions. 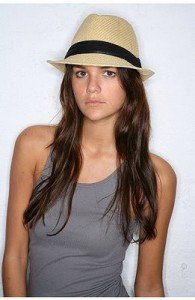 Old-timey Men’s Hats
Indiana Jones, Sam Spade, and Freddy Krueger are on a very short list of men who can wear hats without looking like they’re trying too hard. No women on that list? Hmm. (Yes, this woman looks hot, but hot women look hot wearing almost anything. It doesn’t make it right.) 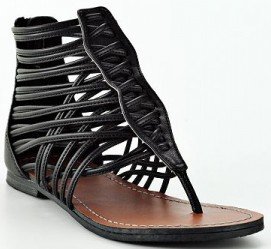 These look more like props in a low-budget bondage flick — not that there’s anything wrong with those — than footwear for a delightful summer day.