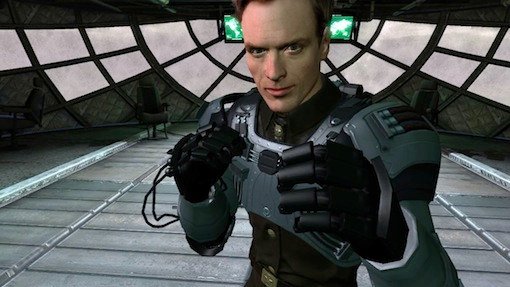 007 LEGENDS
Systems: Xbox 360, PlayStation 3, WiiU
Considering that one of the best games of all time was inspired by the movie GoldenEye (GoldenEye for the N64), it seems inconceivable that a first-person shooter based on five Bond movies would be bad. And yet Legends somehow turns the action scenes from Goldfinger, Die Another Die, etc. into dull shootouts with half-witted enemies who couldn’t kill Bond if he was strapped to a laser table.

ARMORED CORE V
Systems: Xbox 360, PlayStation 3
STEEL BATTALION: HEAVY ARMOR
Systems: Xbox 360
Armored Core V had ugly visuals, a convoluted story, and a needlessly complicated set up that made it a frustrating mess. Steel Battalion had unresponsive Kinect controls rendering it unplayable. The resule? The same Japanese game studio made not one but two terrible games in which you pilot giant robot suits. 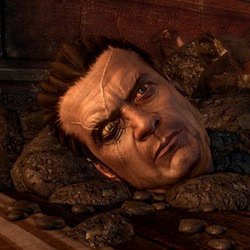 NEVERDEAD
Systems: Xbox 360, PlayStation 3
This third-person shooter casts you as an undead jerk who can dismember himself, then roll his head around to get places an entire person could not. And you know what? We’re on board with that idea. But thanks to the game’s terrible controls, the dude couldn’t hit the broad side of a barn with his head — or the rest of his body.

GAME OF THRONES
Systems: Xbox 360, PlayStation 3, PC
While neither the show nor the novels are action packed per se, you’d still expect the people in a Thrones-inspired adventure game to use a sword with some competence. But in this game, pressing the attack buttons seemingly makes your character ponder the meaning of life for a moment before unenthusiastically swinging his weapon.

SYNDICATE
Systems: Xbox 360, PlayStation 3, PC
While this cyberpunk first-person shooter lets you use some interesting gadgets, most of them — such as the assault rifle that can shoot through anything and the scanner that tells you where every enemy was hiding — just make this way too easy. Or it would if the controls weren’t so bad that it becomes a challenge just to shoot straight.

DRAGON’S DOGMA
Systems: Xbox 360, PlayStation 3
Easily the year’s biggest letdown, Dragon’s Dogma squandered the interesting idea of a Japanese take on Tolkien-esque fantasy by trying really hard not to be Japanese. As a result, it was just another generic Tolkien-esque adventure game, albeit one made frustrating by a lack of checkpoints and an abundance of overpowered enemies who’d kill you with a single sword swing.