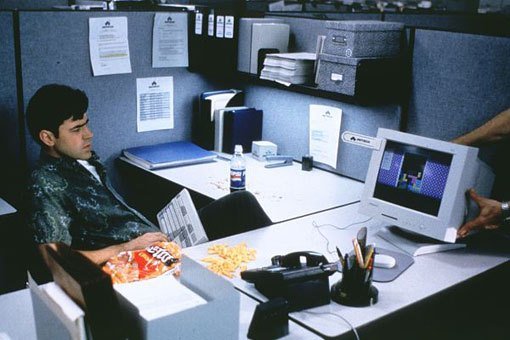 We hope you’re sitting down for this. Actually, on second thought, we hope you’re not. Turns out, sitting for hours at a clip isn’t super great if you want to do exciting things like live and breathe and be healthy. A 2014 study found that all of the sitting for six to eight hours a day on a regular basis can shave years off of your life. Other notable side effects include a slower metabolism, higher cholesterol, and weakened muscles.

“But I eat right and exercise, so I’ll be fine.” Um, that’s not what scientists believe, but we’re not going to tell you you’re wrong (although you are).

While posting up at a bar for happy hour is one thing, it’s most likely when you’re at work that you’re ass is engrained into your swivel chair. You can avoid this by getting a standing desk. You can ask HR if they’ll hook you up with one; there’s plenty of research out that should help you make a case; standing desks promote better health without negatively affecting work production (not to mention your hip flexors, which get tight from all of those hours of sitting). Also, those who stand at work were shown to burn 50 more calories per hour than sitters, which can turn into about two to three pounds per month.

One of our editors has been using a standing desk for about six months now. After a rocky start — initially his feet would start to hurt midday because he didn’t stand on an anti-fatigue mat or have a chair that allowed him to take a load off when he wanted a break for a few minutes — he found that these products helped make the transition better. We also tossed in some standing desks because how the hell are you going to stand and workout without one?

We’ll start with a few accessories, but if you want to jump to the next page with some desks, click here. 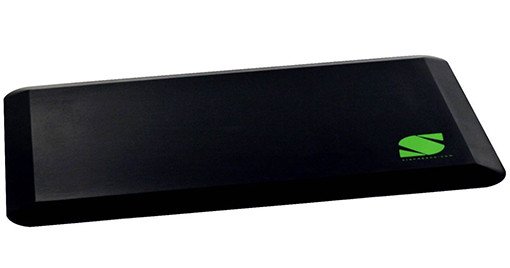 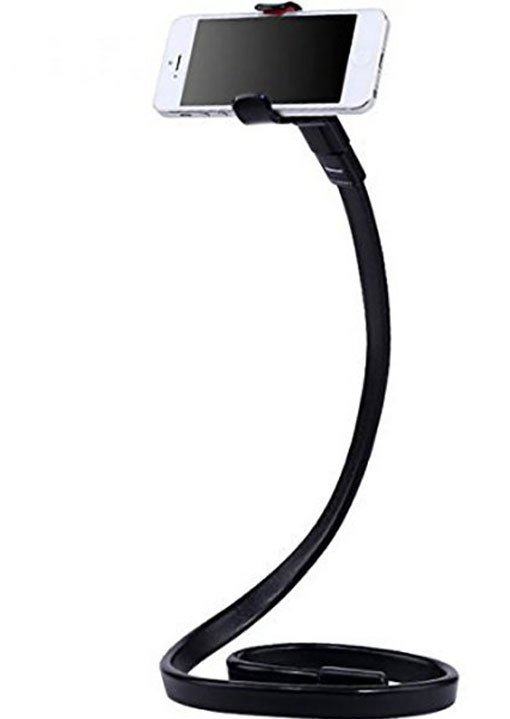 Not an essential by any means, but it’s a versatile tool that can sit atop your desk. It’ll keep your smartphone at eye level but also allow you to get some space from your device if you use it to Facetime or video chat, watch movies, or — gasp! — take lots of selfies. The clamp opens to 3.34 inches and the neck can flex out to 37 inches long. 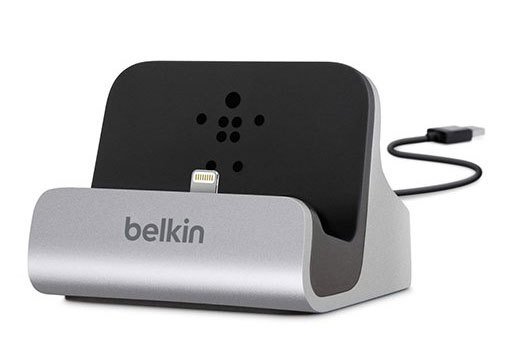 Belkin offers models that support both Apple devices as well as the Samsung Galaxy S4; the charging dock allows you to juice up your devices or synch them with your computer if you connect them via USB. It’s less versatile than the flexible smartphone stand above, but is a little more refined looking and is probably a better option in a typical office environment. 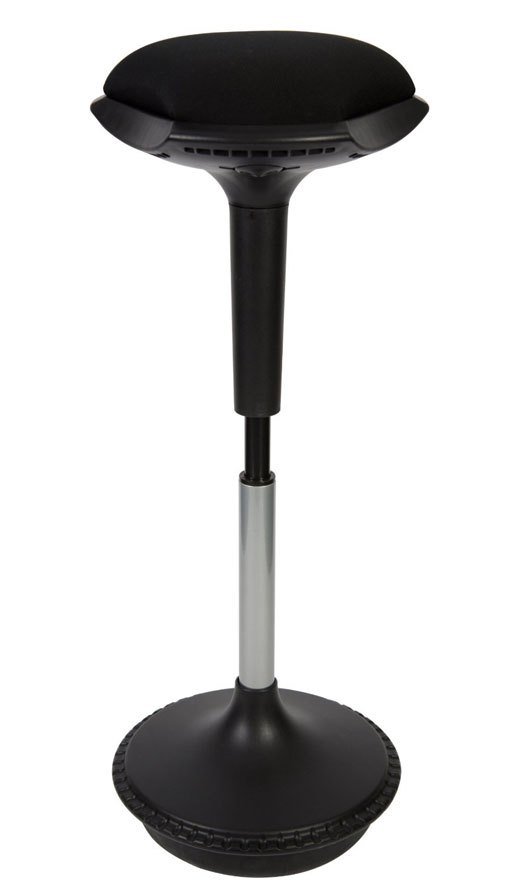 The triangular saddle seat adjusts from 22 to 33 inches and forces you to stabilize when sitting. This activates more core muscles and enables you to, essentially, “workout” more while you work. Will it get you ripped? No. Does it kind of hurt your ass when you sit on it for a while? Yes. Still, it’s an easy-to-store seat that is plenty comfortable for short clips (45 min. to an hour). The rubberized bottom is non-skid and always buoys back into places. It’s safe for use on the anti-fatigue mat, too.