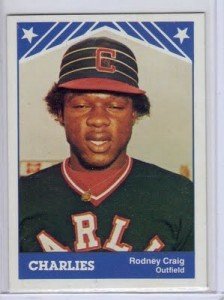 You probably collected baseball cards at some point when you were a kid. You may have cherished an old-school rookie card of future greats like Ken Griffey Jr., Derek Jeter, or Rob Deer, and you may even still have a few valuable baseball cards kept safe in clear plastic card holders. (Who says you don’t have a plan for retirement?)

However, you probably tossed most of your baseball cards in an old shoebox and forgot about them because they featured no-name players. Well, we recommend digging through that shoebox, because there might be some gems that you’ll want to save not for their monetary value, but for how hilarious they are.