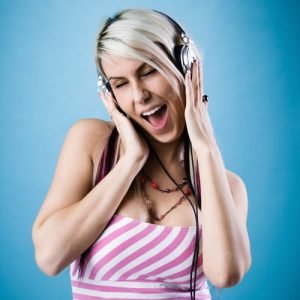 It’s easy to forget how amazing streaming music online is. You can create your own music stations, there are no “wacky” DJs interrupting the music with idiotic banter, and it’s as free as you want it to be.

At this point, millions of people are familiar with big names like Pandora.com and Last.fm. They cost you nothing (with subscription service upgrades available) and are simple to setup and navigate.

But they’re only two of the hundreds that are available. So if you eat up your 40 hours per month of free Pandora or if the same songs stream a little too often on Last.fm, check out these six lesser-known sites.

WHAT’S COOL: Unlike most Web-based radio, you can skip as many songs as you want — a godsend when you’re surfing through a catalog of 2 million songs sung by mostly unknown artists. And that’s what StumbleAudio is perfect for: discovering new bands that you wouldn’t have come across elsewhere.
WHAT’S NOT: The song recommendation system is inaccurate and too broad. They say they’re in the process of updating it … but the site has been around since 2008.

WHAT’S COOL: If you don’t want to do the traditional and type an artist into the search field, you can handpick songs and form your own station. Finally, our dream of LogginsFM will be realized!
WHAT’S NOT: If a song doesn’t play and you see this message: “Sorry. We couldn’t stream your next song. We’ll try again in a moment,” don’t be fooled. That moment never comes.

WHAT’S COOL: It’s billed as “emotional-driven radio,” but it isn’t as girly as that sounds. You can choose from hundreds of playlists based on what kind of a mood you’re in, like “Aggressive,” “Crazy,” or “Asleep On My Feet.” Does that mean “Hungry” isn’t an emotion?
WHAT’S NOT: Some playlists have hundreds of songs while others have as few as a dozen.

WHAT’S COOL: You can create your own online mix tapes by uploading songs the same way you would pics to Facebook. Add a brief description to summarize the theme, add album art, and you’re ready to publish it for the world to hear. If that’s too much work, just listen to other peoples’ mixes instead.
WHAT’S NOT: Once a song is added to a mix you can’t delete it. The site says they’re working on that, but for now it’s not available.

WHAT’S COOL: One reason Time included Grooveshark on its “50 Best Websites of 2010” list was the size of the music library; they found tunes on there that weren’t on Pandora or MOG. Grooveshark Radio is free, but subscriptions costing between six and nine dollars per month will remove banner ads and give you smartphone access.
WHAT’S NOT: It’s almost impossible to find the full list of 23 stations. Also, there are only 23 stations.

WHAT’S COOL: No commercials. SomaFM is internet-only radio that relies on user donations to stay on the air. If you want underground and alternative tunes you’re all but certain not to hear on mainstream music outlets, one of their 18 stations will probably suit your needs.
WHAT’S NOT: Neither a previously played track listing nor a station history are available.