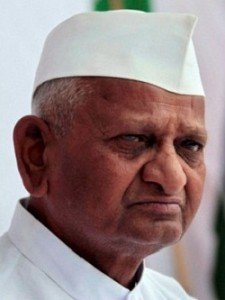 Anna Hazare | 2011
Last summer, 74-year-old Anna Hazare proposed a public fast to shed light on government corruption and to lobby for more stringent anti-corruption laws in India. He was arrested before the fast started, and when news spread of Hazare’s incarceration, more protests broke out across India. In jail, he went on a hunger strike and refused to leave until his demands were met. Authorities caved to his request, and Hazare eventually exited prison and went on yet another two-week fast. As a result, India is now totally free of corruption. 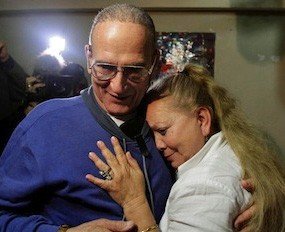 Hector Maseda and Angel Moya | 2003
In 2003, 52 Cuban dissidents were jailed by the Castro regime. The Roman Catholic Church brokered a deal to set the prisoners free; thing was, some didn’t want to budge. Hector Maseda and Angel Moya were two of those people. Although they were released in early 2011, it was against their wishes. Maseda didn’t want to have his freedoms constrained by being placed on parole, and Moya wished to be the last of the 52 to be released. Sheesh. Spotlight hog.

Some foreign dude — 2008
An inmate in Cambridgeshire, England’s HMP Peterborough prison wouldn’t leave jail two years after completing his sentence — and officials haven’t been able to do anything about it. The prisoner, who completed a six-year sentence in 2006 for wounding with intent and aggravated burglary, was to be deported to his home country. Except he refused to provide his real name or country of origin. Without that information, officials can’t process his paperwork and kick Mr. X to the curb. It’s estimated the extended stay has cost taxpayers roughly 30,000 euros a year.