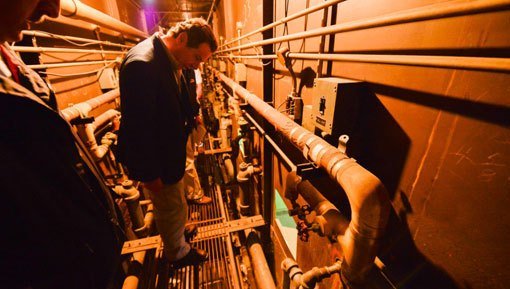 There are few things more terrifying than going to prison. For starters, most of your personal freedoms and the majority of your dignity are stripped from you the moment you step inside a prison. Then there’s the whole matter of living with serial killers, murderers, and rapists.

So who can blame inmates for wanting to escape prison? While successful prison breaks are rare, we were reminded that they still do occur after hearing of two convicted murders busting out of Clinton Correctional Facility in Upstate New York. How’d they do it? A rusty nail file and some poor building construction? Well, basically. There was also a lot of luck and looking the other way going on, evidently.

Because most prison breaks rely on luck. And the help of crooked guards, other inmates, buddies nice enough to hijack a helicopter, and some pretty ingenious planning. At least, that’s the case with these eight amazing real-life prison breaks.

The trio, led by Morris and with the help of Allen West (he didn’t make it out of his cell in time to actually take part in the escape), spent two years preparing. Behind their cells was an unguarded corridor that led to a vent on the roof. To get there they had to chisel away a concrete cell wall, and, of course, it had to be done slowly and on the QT. Once they were through, they put lifelike paper mache dummy heads adorned with flesh-tone paint and hair from the barbershop in their beds to fool the guards. Then they climbed out of the vent, onto the roof, and down 50 feet of piping to the ground where a makeshift raft made from raincoats took them across 1.5 miles of water to San Francisco.

Well, maybe. The official report claims the men drowned in the chilly waters of San Francisco Bay. But we prefer to believe the TV show MythBusters, which concluded in 2003 that the escape from Alcatraz was, in fact, possible.