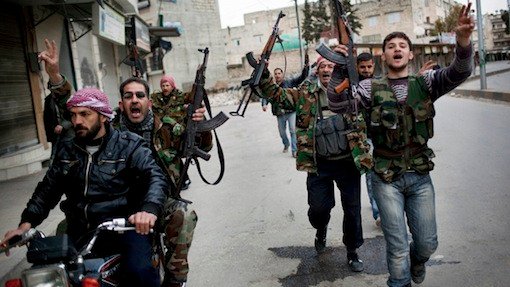 The U.S. has been tied down in a costly and controversial war in Afghanistan for more than a decade. But when the President takes the oath of office in January, a draw-down of troops will already be underway. Still, even with wars in Iraq and Afghanistan fading into the rear view mirror, the world still presents plenty of presidential problems. The U.S. State Department, for example, describes regions in more than 33 countries as being too dangerous for Americans to visit — and while those places threaten violence, other areas present presidential problems involving the already fragile U.S. economy.

So which of those unstable hotspots will be flashpoints for conflict in the next four years? It’s anybody’s guess, but there’s a good chance that some of these eight countries — both expected and unexpected — will be responsible for more than a few gray hairs on the President’s head. 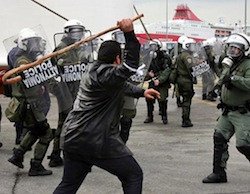 The birthplace of democracy has been in the economic shitter for years — and despite repeated attempts to improve it with austerity measures and bailouts, things don’t seem to be getting any better. Incredibly, the unemployment rate just rose past 25 percent — compare that to under 8 percent here in the States — and as a result, the natives are getting restless. Why does this matter to the U.S.? Well, aside from it endangering our gyro supply, Greece’s problems are emblematic of and affect the entire European Union. If the EU’s economy goes down the tubes, ours probably will too.

Obama says: “They understand the seriousness of the situation and the urgent need to act. What we can do is to prod, advise, suggest, but ultimately they’re going to have to make these decisions.” 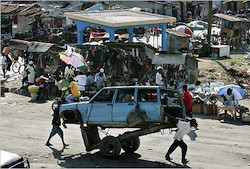 Haiti was the first black republic in the New World. But unfortunately, it spent decades being torn apart by imperialist meddling, brutal and/or incompetent dictators, and relentless poverty — and despite Sean Penn’s shoutiest efforts, the situation actually got way worse thanks to a devastating earthquake in 2008. A lack of housing (not to mention a lack of an economy) don’t bode well for Haiti’s future. Things are so unstable that current president Michel Martelly has asked UN peacekeepers to basically set up shop indefinitely. Haiti might not always be a headline grabber, but it’s a failed nation-state right on the United States’ doorstep. And those tend to attract somewhat … unsavory characters.

Obama Says: “As they forge ahead with the hard work of rebuilding their proud country, the people of Haiti will continue to have an enduring partner in the United States.” 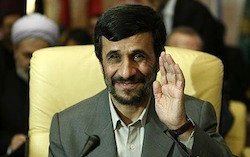 IRAN
Population: 80 million
Has Nukes: No, but they’re getting there
Problem: Unhinged, fundamentalist leaders who appear to be pursuing a nuclear weapon and sponsoring terrorism

The oil-rich nation has had tense relations with the U.S. since its 1979 Islamic revolution. These days, its nuclear program is the subject of a raging foreign policy debate in the U.S. While there’s no definitive evidence that the pathologically defiant country currently has an active nuclear weapons program, its ability to enrich nuclear material, along with recent advances in missile technology, represent a definite potential to produce a weapon. Israel has threatened pre-emptive strikes — and has already made cyber strikes against the country — but for now, brutal trade and economic sanctions have crippled Iran’s economy, allegedly prompting leaders to agree to talks with the U.S.

Obama says: “As long as I’m president of the United States, Iran will not get a nuclear weapon…And the reason we did this is because a nuclear Iran is a threat to our national security and it’s threat to Israel’s national security. We cannot afford to have a nuclear arms race in the most volatile region of the world.” 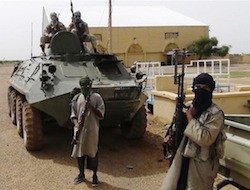 MALI
Population: 15 million
Has Nukes: No
Problem: An al-Qaeda-affiliated terrorist group recently took over a territory the size of France.

You might know Mali for its great Tuareg blues bands … or not. You may also recognize it from the presidential debates, when it was discussed because it’s one of the new hotspots terrorists are totally digging these days. Why? A military coup left a power vacuum that allowed al-Qaeda-affiliated terrorist group AQIM to grab a France-sized chunk of the country simply by engaging in one long weekend of fighting. Who the hell are AQIM? It’s the same group that may have been involved in the attack on the U.S. consulate in Benghazi, Libya. Regardless, AQIM’s rise is emblematic of the spreading instability in North Africa. The U.S. has responded by cozying up to Algeria and stepping up drone surveillance in the region.

Obama says: (Actually, White House spokeswomman Tanya Bradsher says) “The President has been clear about his goal to destroy Al-Qaeda’s network and we work toward that goal every day.”