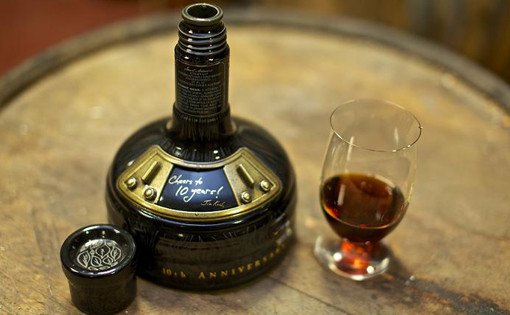 In this economy — actually, in any economy — it’s hard to justify spending $200 on a bottle of beer when you can spend less than $10 on a sixer of Natty Light. (Okay fine, Natty Ice). But we’re going to try to justify it, because it’s the 10th Anniversary of Samuel Adams Utopias beer. Some of us here at ModernMan are lucky enough (and old enough) to have been present when Sam Adams founder and commercial star Jim Koch lead a tasting of the very first Utopias batch 10 years ago, and we’ve been fans ever since.

Utopias is not beer as we typically know it. The taste, as described by the makers themselves, is a blend of ” honey, caramel, cocoa, vanilla, toffee, raisins, plums, and berries.” We, uh, totally taste all of those things too — and would add that Utopias feels more like an after-dinner liqueur than a brewski you’d pound at the bar. (There’s not really any carbonation.) The recipe includes Champagne yeast and Maple syrup, plus some of the brewery’s original Triple Bock from the early 1990s, which is part of the reason for the hefty $190 price tag.

Utopias also differs from many beers because of its elevated alcohol content. While many American brews have an alcohol content hovering between 5 percent and 10 percent, Utopias stands at a whopping 29 percent. That’s why 13 states have banned it from being sold — how metal is that? — and why if you decide to splurge you should be careful not to overindulge … unless you’re fond of killer hangovers.