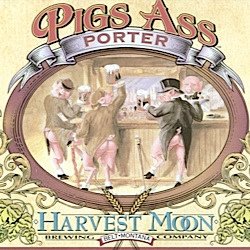 
This brew made with pale, caramel, chocolate, and black malts has won multiple awards since debuting in 1997. And that means the trio of naked swine asses on the label didn’t turn the judges’ stomachs — unless those judges were pigs disguised as humans! But we’re like 85 percent sure that wasn’t the case. 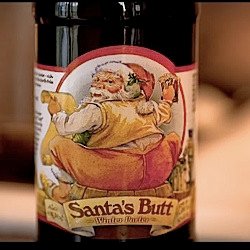 In England, the word “butt” can refer to a type of barrel used in brewing. Too bad like six people here know that piece of trivia. So when guys read Santa’s Butt and Santa is sneering at them while his giant and presumably sweaty ass squats over a beer barrel, it’s easy to see why they might not be too thirsty. Or hungry. Or fans of Christmas.