William Shakespeare, the guy who wrote the 1996 Leonardo DiCaprio and Clair Danes movie Romeo and Juliet died in 1616. The poet, playwright, and actor often credited as the most prolific and greatest writer pre-Steven King wrote 38 plays, 154 sonnets, two long-ass poems, and, we presume, a handful of grocery lists. But we have some bigger Shakespeare news — he may have  smoked weed. Out of pipes.

South African  researchers were poking around in the English garden where Billy used to write (and possibly burn weed) and they found four 400-year-old old pipes with pot residue on them. Whether they scraped them for resin hits is still unknown, but it does point to Willam S. quite possibly a stoner. Does this mean we can all admit to not understand his writing? No, it only means we’re free to tweak some of his famous quotes so that they include a line to his favorite leisure activity of huffing the weed pot:

• Hell is empty and all the devils are here with water bongs.

• The course of true love never did run smooth as that of a vapor hit.

• Better three hours too soon than a minute too late with my re-up.

• What’s in a name? That which we call a rose by any other name would smell as sweet as the Hawaiian sativa kush?

• Ignorance is the curse of God; knowledge is the wing wherewith we fly to heaven on the wings of a blunt.

Want Another Hit Of Weed? Read This: Sativa, Indica, and Why There’s A Million Strains of Pot 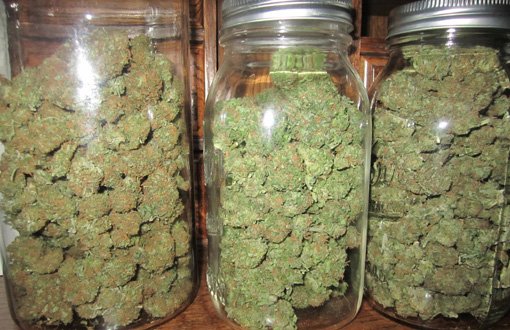