Nice try, mischievous cat! But despite your best efforts to disrupt that hardworking window washer from doing his job — or to claw his eyeballs out — you have indeed failed. However, if you’re looking to win the war (which is something we’re not willing to put our money on), there are a few things you can do to up your odds of success …

1) Pick up one of those protractor glass-cutter devices, and learn how to etch yourself a portal to the outside. Do not pop it out immediately after cutting it. Be patient. Read a book. Smoke a cigarette. 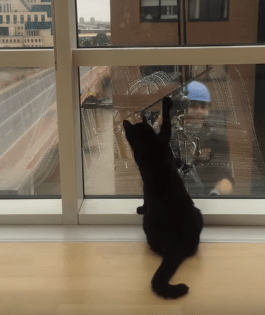 2) Allow your enemy to believe it’s another ordinary day, where he joshes with you and you attempt to slay him through plate glass. This time will be different.  When his face lines up with the perfect 360-degree sphere you cut, pounce on his face.

3) Aim to scratch the eyeballs first, then the throat. (The nuts are an option, but it looks as though his work uniform is bulky.)

Of course, if you’re just trying to play, forget the aforementioned tips for destroying the man washing windows. He probably has a family and friends that would miss him, anyway. Actually, how dare you even think of hurting that kind man, dick cat!

Watch Another Video? Sure! How About … Tiny Little Lion Tries To Roar, Lets Out Hilarious Squeak Instead [Video] 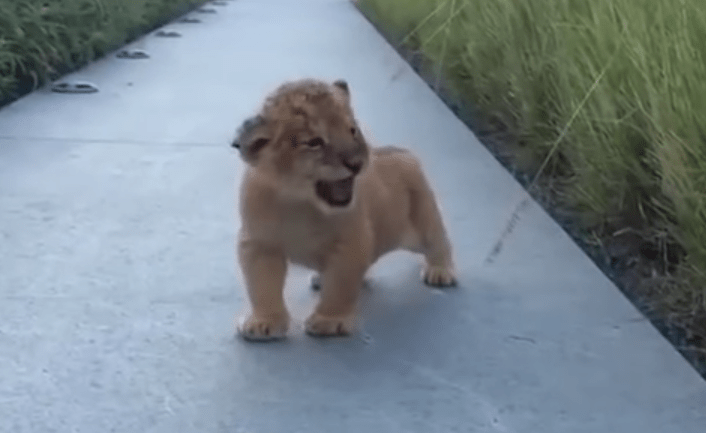