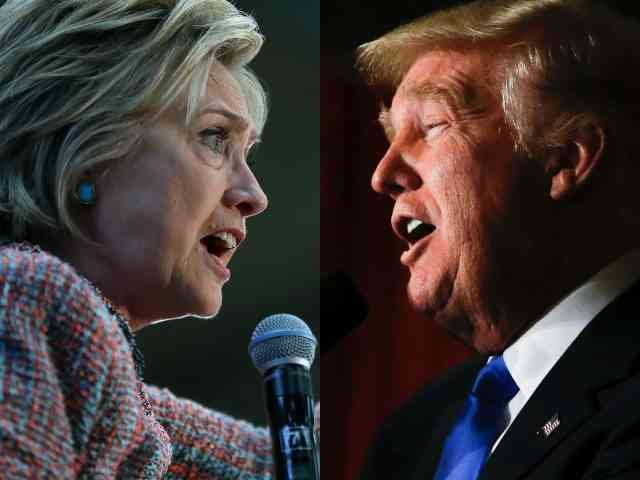 Presidential debates are hyped, televised, moderated, timed, and labored over for countless hours by the candidates, their aides, pollsters, speech writers, political pundits, and the writers of Saturday Night Live. When you get into a heated discussion with someone, chances are it’s going to a semi-private exchange that’s off the cuff. Still, there are things you can take away from the tactics Donald Trump and Hillary Clinton will deploy during their debates as they attempt to woo undecided voters.

In fact, the techniques used in presidential debates can come in handy often, although we’d suggest using them sparingly with your girlfriend or wife since demolishing her belief that the first Twilight movie is better than The Lost Boys will only land you in the doghouse. But if you’re disagreeing with a friend, coworker, or a drunken stranger on the subway, these tips from Ed Lee, Director of Debate at Emory University, will up your odds at emerging victorious.

HAVE A GOAL IN MIND
If you have no idea what you want to achieve, how the hell are you going to know when you’ve succeeded? Figure out a message that you want to get across and stay on point. When candidates pussyfoot around a subject they look weak and muddle their objective. If you somehow get derailed from your narrative, do what the candidates do — find a word or phrase you can use to pivot the discussion back into an area that serves your position.

DO YOUR HOMEWORK
Imagine if Obama or Romney were asked how they plan to lower the unemployment rate and their response was void of details and filled with empty promises … actually, that’s exactly what’s going to happen. Thing is, they have the oratorical skills to make it seem as if they’ve said something without having said anything at all. (Do you get what we’re saying?) You should use facts to move your narrative forward. “One of the quickest ways to turn people away from your argument is to make it obvious that you haven’t done your research,” Lee warns. And be specific. “No vague platitudes. For example, if you say olive oil is healthy, mention the details of one particular study rather than saying ‘there are hundreds of studies about the benefits of olive oil.’” If you can’t recall any facts, don’t say anything until something comes up that you can speak about intelligently.

KNOW YOUR OPPONENT
Understanding the other person’s personality, principles, and tastes can help you find the best way to engage with them. Maybe that means using humor to keep the mood light; or being earnest; or using mixture of both. “Their values are most important,” he says. “You can’t convince someone to do something if it’s not in line with their values.”

BE POLITE
Zingers might earn Obama and Romney sound bites on the news, but hurling insults at someone won’t help advance the discourse of the discussion. Plus, the wrong “Yo mamma” joke might lead to a brawl. “Avoid attacks on character,” Lee advises. “Being mean is one way to guarantee they will not compromise.”

PAY ATTENTION TO BODY LANGUAGE
When George H.W. Bush got caught checking his watch during the 1992 presidential debate, and Al Gore let out a few loud sighs back in 2000, their body language made the candidates look impatient, frustrated, and uncomfortable. Slumping your shoulders, changing your tone during a conversation, pointing your feet away from the person you’re speaking with, using too many hand gestures, and grabbing at your wedgie too often can all be interpreted as signals that you’re rattled. If you spot the other person doing those things, keep pressing the subject. Alternatively, you should put on a poker face and keep your nonverbal tells in check by A) breathing consistently, B) maintaining eye contact, and C) listening and focusing on what’s being said instead of what you’re going to say.

TELL THEM THEY’RE RIGHT
One strategy all presidential candidates use during debates is to give the other person partial credit for being right about something before explaining how oh so wrong their opponent’s perspective really is. A slight compliment can make you seem compassionate and understanding of the other person’s point of view, disarm someone who’s all wound up, and leave you looking like a guy who gives credit where credit’s due.