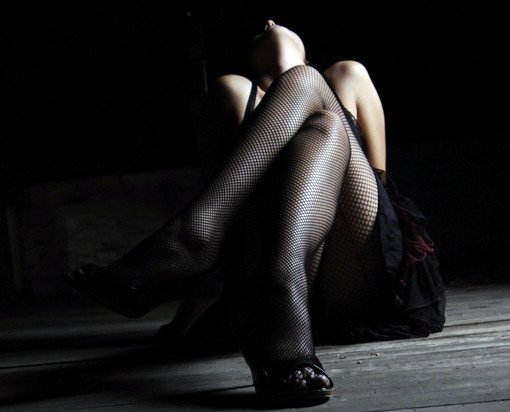 When you approach a woman at a cocktail party or happy hour at the Mos Eisley Cantina — our preferred place to approach women — knowing what her body language is saying can reveal a lot about how the conversation is going. Everything from the way she sits, stands, or tilts her head can convey what’s going through her mind. We know, reading her body language isn’t as cool as clairvoyance. But it can help you decide whether you’re wasting time or it’s time to swoop in.

We asked Janine Driver, a body language expert who used to sniff out BS from bad guys with the Bureau of Alcohol, Tobacco, Firearms and Explosives, and the author of the New York Times bestseller You Say More Than You Think ($11 @ Amazon.com), for tips.

1. She’s showing you her belly button.
Yes, if her shirt is off, that’s probably a good sign. But we’re referring to The Belly Button Rule: If she’s facing it in your direction, she likes you. “If her belly button is toward the door, she wants out,” Driver says. “That’s called naval intelligence.” We really like Janine, so we didn’t tease her for making that joke.

2. She’s showing you her feet.
You’ve made her comfortable enough to trust that you’re not an ax-murdering monster, so whatever you’re doing, it’s working. “If her legs are crossed and her shoe is dangling off of her foot, it’s a good sign; she’s not planning on running away,” Driver says.

4. She’s not half-smiling.
If her smile consists of tight lips that are pulled back and up, stop what you’re doing, take a deep breath, and head for the hills. “A smirk shows contempt, which is moral superiority,” Driver notes. “She doesn’t think you should breathe the same air because you’re so beneath her. No matter what you do, it’s futile. A half-smile is the kiss of death.” 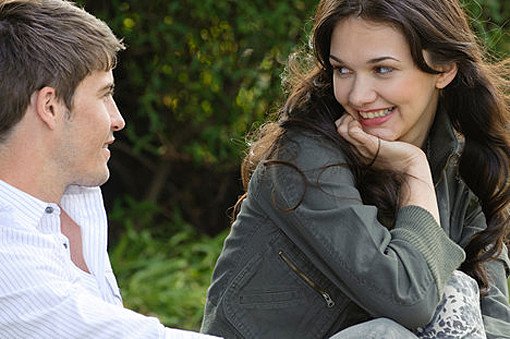 5. She’s touching you.
If you’re regaling her with wildly hilarious anecdotes and she doesn’t seem bored out of her skull, don’t throw in the towel simply because she’s keeping her hands to herself.  “She might always sit in a way that makes her look disinterested, or she might just be nervous,” Driver says. “But if she’s one way at first and her baseline changes, or she was touching you and then stopped, that’s when you should be concerned.” A way to test the theory? Take a piece of string that’ll stick out on your clothes and place it on your shoulder; if she attempts to take it off, she’s interested. If she tells you verbally, she’s just not that into you.

6. She’s looking down and to her right or left.
If her eyes are glancing down to her right, you could be turning her on. “There’s an emotion there,” Driver says. “If you see that, ask her if something’s on her mind.” Things change if she’s looking down and to the left. “In that case, she’s engaged in internal dialog, which could be, ‘Man, he’s so boring.’ Or, ‘I hope he likes me.’ Try reaching out, touching her arm, and saying, ‘Hey, I’m reading your mind, and I know you’re running through some things in your head. Want to let me in on it?”
(*This is true for right-handed women. It can be the opposite for lefties.)

7. She’s spreading out.
According to Driver, women like to take up less space than men. “Women don’t like their stuff everywhere, so if she starts to move her things into your territory, that’s good news; she’s opening up,” she says. 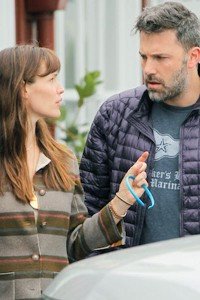 Looking For More Reading Material? How About  …

• 5 Clues She’s Cheating On You

• Sweet Drink Coasters For Your Pad

• Tips For Buying Lingerie For A Woman

• The Best Lip Balms For Guys

How to treat a man that stands you up?

We’ve all heard stories with happily ever after endings - but is that really possible in real life? Or is it just...