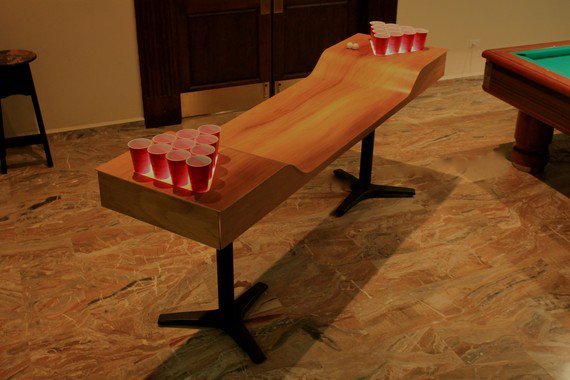 Also: How To Dominate At Beer Pong

In a perfect world, no house, apartment, or secret underground lair would be without one. It boasts a smooth poplar wood surface and cast-iron legs, and its playing surface has no visible screws, nails, or drunkenly scrawled profanity. (Well, not yet at least.) The cups sit on red plexiglass triangles lit by LED lights, which we’d argue are too much of a pain in the ass to maintain if a detachable rear panel didn’t make it so simple.

Turn off the LEDs, however, and you can easily disguise the Custom Beer Pong Table as a harmless console table when uptight parents or sponsors visit.