Everest hits theaters in IMAX 3D on Sept. 18 and nationwide on Sept. 25. Josh Brolin, Robin Wright, Sam Worthington, Keira Knightley, Emily Watson, and Jake Gyllenhaal are all in it, and the plot is — you guessed it — a bunch of people sitting around and talking about mountain climbing. Kidding.

Also: 10 Things All Hikers Should Own

This film is about the journey of two expeditions that were bombarded with horrible snowstorms as the groups attempted to reach the peak of the world’s highest mountain. Instead of reading more about the plot, just watch the trailer. We’ll give you a minute or two to do so …

Done? Looks cool, right? What’s just as cool is the Everest SWAG we’re giving away to five (5) lucky winners. The prize pack is worth about $100 and includes:

How do you win the gear? Check out future Modern Man Facebook posts over the next week or so and we’ll serve up the chance to win. After winners are chosen the goods will typically be shipped within 7-14 business days. 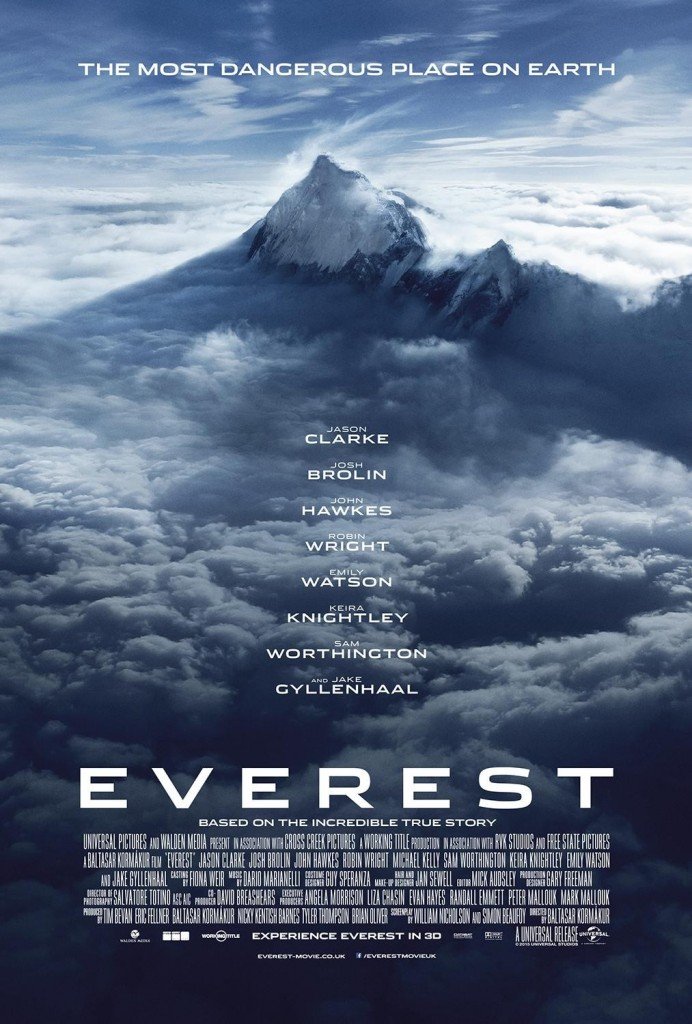