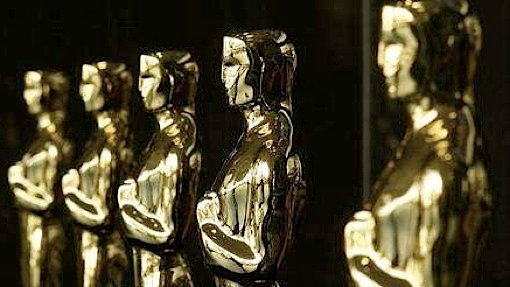 This week the LA Times figured out why some amazing movies get totally screwed out of Best Picture at the Oscars — the Academy members who vote are predominately old white dudes. The average age of the 5,765 voting members of the Academy of Motion Picture Arts and Sciences is 62, while 94 percent are Caucasian, and 77 percent are male.

So before Billy Crystal hosts the Academy Awards for the ninth time and a new crop of films inevitably get the shaft, we wanted to run down past guy movies we believe were truly robbed for Best Picture. (Emphasis on guy movies, not the greatest Oscar upsets of all time.) If you think we missed any, let us know in the comments.

Prior to his win for The Departed in 2007, Martin Scorsese’s films lost a bunch of debatable decisions: Rocky beat Taxi Driver in 1976; Ordinary People beat Raging Bull in 1980; and in 1990, Dances with Wolves beat Goodfellas. In other words: Kevin Costner got an Oscar for directing 16 years before Scorsese.

Speaking of 1976, both Rocky and Taxi Driver should have lost to yet another classic: Sidney Lumet’s Network. If you’ve never seen Network, do so; it deals with sensationalism, extremism, reality TV, the death of network news — basically, it was a satire of real life then, and it’s a mirror of real life now.

Twenty years later, the Academy chose to listen to 13-year-old girls by naming Titanic Best Picture. Instead, they should have listened to The National Society of Film Critics, Time, the Los Angeles and New York Film Critics Circles, and the National Board of Review and chosen L.A. Confidential.

Ask a dude to name his five favorite movies of all time and two from 1994 could very well make the list: Pulp Fiction and The Shawshank Redemption. Know which one probably won’t get a mention? Forrest Gump — the film that beat them both for Oscar.

No documentary in history has ever been nominated for Best Picture. Arguably, 1994’s Hoop Dreams could have been the first. The high-school basketball doc was on more critics’ top 10 lists than any other film that year — including Forrest Gump, The Shawshank Redemption, and Pulp Fiction. Yet somehow it wasn’t even nominated for Best Documentary.

Not to knock Chariots of Fire, but you mean to tell us a movie about jogging was better than Raiders of the Lost Ark, which had Nazis, whips, and a scene where a dude’s face melted off? Raiders took home five Oscars in 1981; sadly, Best Picture wasn’t one of them.

While more than one Stanley Kubrick film was passed over through the years — like A Clockwork Orange (1971) and 2001: A Space Odyssey (1968) — Dr. Strangelove losing out to My Fair Lady in 1964 was the most unfair.

Many people would say Citizen Kane is the greatest movie ever made. But voters in 1942 didn’t think so. They decided How Green Was My Valley, a drama about a mining town, was the stronger picture.

Making it through The English Patient was difficult for a lot of us because it was long, predictable, and boring. Fargo was the opposite. The 1996 Cohen Brothers’ dark comedy was twisted, violent, and contained a cast that flawlessly fused character and caricature into what should have been Best Picture.

Bill Shakespeare was a great writer and all, but thou should consider 1999’s slightly-above average Shakespeare in Love defeating Steven Spielberg’s WWII-epic Saving Private Ryan a war crime. Seriously.

Two decades earlier another injustice took place when director Francis Ford Coppola’s Apocalypse Now lost to Kramer vs. Kramer. No offense to the winner, but Coppola’s take on the Vietnam was ambitious, gritty, disturbing, and brilliant. Plus, what guy doesn’t love the smell of napalm in the morning?

Like most guys, we love Star Wars. It was nominated for Best Picture in 1977 before losing out to Annie Hall — but that’s not what bugs us. What bugs us is that six years later The Empire Strikes Back, a better film than Star Wars, wasn’t even nominated.