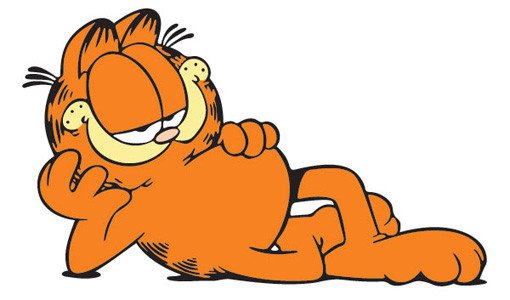 Garfield made his newspaper debut on June 19, 1978 — somewhat ironically, it was a Monday — which makes him 35 years old (that’s 245 years old in cat years). In addition to appearing in 2,580 newspapers and journals, Jim Davis’s feline creation has also starred in several animated TV shows and specials (in addition to two truly awful live-action films, for which we reluctantly forgive Bill Murray).

Although he’s lazy, overweight, and probably a sociopath, we have a soft spot for Garfield. So in honor of his big day, we’re having lasagna for lunch and running through a handful of other memorable TV cats.

SCRATCHY | THE SIMPSONS
In comedy, staying committed to your character and a joke is how you win audiences over. And no matter how brutal the gag, Scratchy owns it. He continuously gets his ass kicked (and torched, and filleted, and guillotined, and…) by his co-star, Itchy. He’s also not a complainer. Of course, that may have something to do with his jaw, head, and/or vocal chords having been severed.

Plan a Travel Themed Party with These Simple Tips