Eight years ago, my friend Chris Connolly and I were IMing when we got to talking about Latvia. That’s not as weird as it sounds; Chris grew up in New York, but spent a few years living in the Baltic state after joining the Peace Corps, and he was telling me about the very … dark sense of humor Latvians tended to have. One thing lead to another, and we began cracking each other up by making up Latvian jokes. (And for any prickly Latvians out there, we freely admit they had/have almost nothing to do with Latvia.) The whole exchange took about 15 minutes.

A year later, Chris posted the jokes to his blog. One thing led to another, as they sometimes do on the Internet, and the jokes wound up on Reddit. Chris was soon seeing 500 times more daily traffic to his blog — including plenty from, you guessed it, Latvia. Other people started writing their own Latvian jokes and posting them online. Someone paired them with somewhat depressing photos. The video above was made. People got in on the action on Twitter and Tumblr. Chris and I were pretty happy about the whole thing, though shockingly, we have yet to find a way to monetize Latvian jokes.

Anyway, it’s no “Chocolate Rain,” but it ain’t bad. To celebrate the 5-year anniversary of the original jokes, I’ve compiled some of my favorites.

Q: What did one potato say to other potato?

A: Premise ridiculous. Who have two potato?

Three men lost at sea: One Latvian, one Russian, one Lithuanian.

Lithuanian take out bottle of wodka.

Latvian comedian: “Is so cold!”

Latvian audience: “How cold is it?” 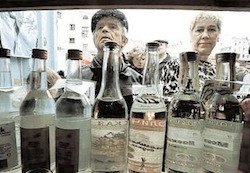 Fishmonger say to bootblack, “Are there any more potato left?”

Bootblack say, “One. But it has gone bad.”

Fishmonger say, “I am very hungry. I have not eaten for three days. I shall eat it, even if it makes me very ill.”

Bootblack say, “I did not speak the truth. In reality, no food left. You shall go hungry yet another day, my friend.”

Man is hungry. He steal bread to feed family. But when get home, he find all family have been sent to Siberia.

“More bread for me,” man think.

But bread have worms.

Janis: I hope my son does not die during night.

Janis: Yes. I know what you mean.

Guntis: No, in truth I do not understand. What is hope?

Janis: In truth, I do not know.

Q: Why did chicken cross road?

A: I have not seen chicken since I was very young, on my parents’ farm. This is before Cossacks slaughter them. But back to question, where did you see chicken? I am very, very hungry.

5 Excellent Tips to Make the Most of Your Travels

Getting Your Car Ready for This Year’s Summer Road Trip

Human adults have an average resting heart rate of 75 beats per minute. The strange thing is...

The Best Casino in the US to Play Blackjack

Look at some of the amazing applications of uses of the...

Are you aware of some of the positive outcomes whose credit...