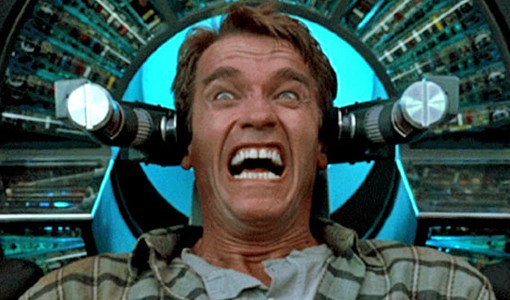 He won Mr. Olympia seven times, delivered some of the most memorable one-liners in the history of cinema, and proved that you can openly use steroids and marijuana and still be elected to public office. Arnold Schwarzenegger has done a lot in his 69 years, so we decided to honor this great American (or Austrian? Or both? Whatever) by celebrating the highlights of his long and storied career.

Credited as Arnold Strong, Schwarzenegger makes his acting debut in Hercules in New York. His accent is so thick he’s forced to dub his lines later. And he still delivers classics like, “You have strucked Hercules.”

Arnold’s acting chops are really put to the test when he plays a deaf-mute hitman in The Long Goodbye.

Wait, suddenly Arnold can act? He wins a Golden Globe for “New Star of the Year — Actor” in Stay Hungry, which costars The Dude, Freddy Krueger, and Forest Gump’s mom. Arnold plays an Austrian bodybuilder who’s training for the Mr. Universe competition. Ohhhhhh, that explains it.

The docudrama Pumping Iron is released. The movie focuses on Arnold and other competitors during the 1975 Mr. Olympia and Mr. Universe bodybuilding contests. Schwarzenegger happily reveals that he smokes pot and feels like he’s ejaculating 25 hours a day from weightlifting. This guy is a quote machine! 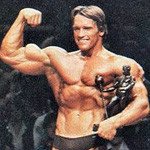 Conan the Barbarian earns $100 million. That’s pretty good — but is it what is best in life? Nope. The answer to that question, of course, is: “To crush your enemies, see them driven before you, and to hear the lamentation of their women.”

When Arnold tells a doomed police officer that “I’ll be back” in The Terminator, the line pretty much instantly becomes a classic. This just goes to show how great Arnold is at delivering one-liners, since he has only 16 lines of dialog in the entire movie.