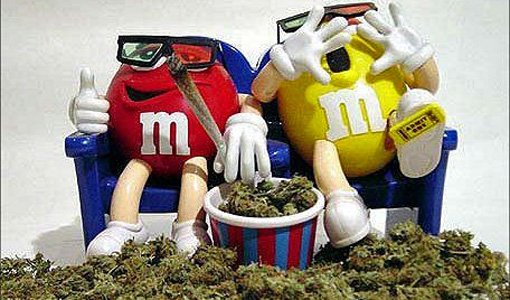 Happy 4/20! If you smoke marijuana, have hung out with someone who smokes, or are a jazzbo, you know what that means. If you don’t know the significance, 4/20 and, as a result, April 20th, is associated with pot (though contrary to popular belief, it’s not because the police code for marijuana smoking in progress is 420; it was just slang invented by, you guessed it, teenagers).

And although April 20th is the day amateurs across the country celebrate their love for reefer, it’s still mostly illegal for them to do so. Currently, medical marijuana can be prescribed by a doctor in 16 states and Washington, D.C. Like everything in life, various experts espouse both pros and cons of the legalization of marijuana. Here are several — feel free to tell us what you think in the comments.

Weed is less addictive than alcohol and tobacco, which are both legal. In fact, according to Psychology Today, only about 9 percent of marijuana smokers are at risk to develop any severe signs of addiction. Compare that to tobacco (32 percent) and alcohol (15 percent).

CON: STONED DRIVERS ARE WAY MORE LIKELY TO CRASH
Smoking pot and then driving almost doubles your risk of being in a serious or fatal crash. In addition, the percentage of mortally wounded drivers who later tested positive for drugs rose 18 percent between 2005 and 2011. But of course, this is really just an argument for making driving while high illegal, not for making getting high illegal.