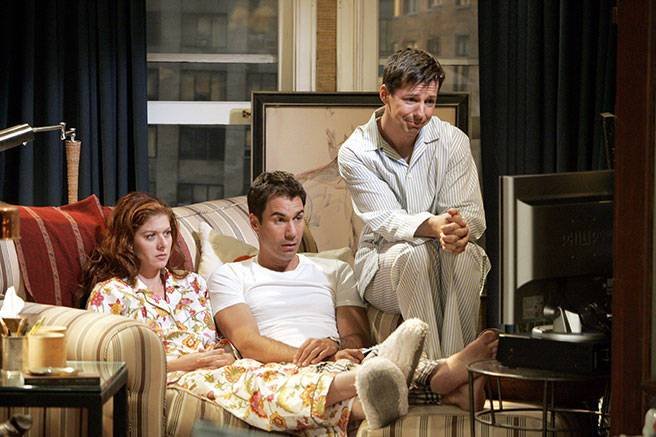 #3. No Sex. Period.
If your buddy has a family, don’t bring strangers into his home. And don’t have loud, wall-rattling sex, either. It’ll be weird the next day when his girlfriend or wife finds out. Plus, it’s rude. You’re there to stay over as a guest, not use their place as a brothel. If you’re trying to hook up, suggest going to her place or shell out for a hotel. If you do, send a text that you won’t be coming back so nobody waits up for you.

#4. Don’t Complain About What You’re Watching
Maybe your buddy’s wife like The Bachelor. If that’s their thing, let it ride. You can accept that for the next hour you’re dialed into some dopey reality TV show, or you can suggest to your buddy — politely — that there’s a game on and, if it’s cool, you’d like to get some one-on-one time at a bar while you watch it. That’ll go over much better than, “Dude, this show blows. You watch it? Oh man, you’re so lame. I’m going to go to a bar down the street and watch the Steelers take on the Rams with the rest of the men who still have penises.”