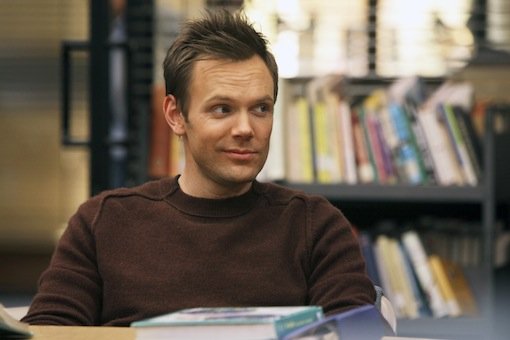 There are few shows on TV that have enjoyed a more enthusiastic fan base and a less certain future than NBC’s Community. But the network just ordered another season — though the show will be moved to Fridays next fall — which means we’ll be lucky enough to see more of Alison Brie. Er, and Joel McHale! The hilarious star of Community, host of The Soup, and former tight end for the Washington Huskies sat down with us to discuss his favorite episodes, the Chevy Chase voicemail debacle, and of course, Alison Brie. Have we mentioned Alison Brie?

You’re an actor, a television host, and no doubt a kick-ass flag football player. Have you ever lobbied for the nickname “Triple Threat”?
Just from a couple of girlfriends. No, no one’s ever called me triple threat, and you’d know why if you saw me play football. If you were to ask any other player, they wouldn’t see me as much of a threat. I was really good at being tackled. I made the defense look great. They felt very confident.

Compared to other shows, people seem to be especially passionate about having a specific favorite episode of Community. What’s your favorite?
I think the Cheers episode where Carla bought the house by the airport. No, my favorite episode … that’s hard to say. The one that pops into mind from this year is the Glee take-off episode [“Regional Holiday Music”]. Also, “Remedial Chaos Theory” was really fun. And the Apocalypse Now [“Documentary Filmmaking: Redux”] episode with Jim turning into Kurtz from Heart of Darkness. Yeah, so I named three. If I had to pick I’d say “Remedial Chaos Theory.” I love watching that episode. I love looking at myself. 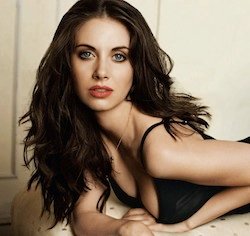 Who does the Internet love more: You, or Alison Brie?
Oh boy, I think Alison by a mile. I mean, look at her. She has a way better body.

Speaking of, you played tight end for Washington, but you look like you’re built like a defensive back. Were you bigger in college?
I weighed 245 lbs. then. I’m like 190 lbs. now.

How did you lose that bulk without getting flabby?
When I quit football to be an actor, everyone told me there were a lot of acting jobs for 245 lb. football players. Just kidding, there aren’t! So I began eating less and running because I had a lot of football player friends whose weight had turned to fat. And then I started running marathons. I ran the Los Angeles marathon and a few others. I don’t do it now because I ran too much and the patellas in my knees are worn down. That’s how I kept the weight off. Now I do pushups and I chase my kids and I just don’t eat. Believe me, I’m starving.

Are you a vegetarian or pescetarian?
I only eat hoofed animals with faces. Actually, the diet I want to start is called “You Are Going To Be on Camera In Two Weeks.” When I know that’s the case, I freak out and get in shape. When my sister-in-law said she wanted to lose weight, I told her I was going to post her picture on Twitter in two months, and that she had to be in a bikini. That actually worked.

Sounds like the beginning of a Very Special Episode of Community …
No, the very special episodes are always, like, “Dealing with Alzheimer’s.” It’d just be a terribly boring episode.

You’ve been one of the fill-in co-hosts on Live! With Kelly. If you were asked to be the next Regis, would you be the next Regis?
No one will ever be Regis. Besides, I’d need to cut about three feet of my legs off. It would be hard to do with Community.

In your experience, what’s been the best way to get a sitcom much-deserved attention: Putting out a consistently funny show, or leaving ill-advised voicemails?
There are actually four more voice mails coming out. So that would make it a whole series. It’s going to be a book on tape.

What did you think when Chevy Chase said the show isn’t funny?
He says that every day. We tell him, “Well, it’s not The Karate Dog.”

You’ve been married for 16 years, and people always talk about the “temptations” there are in Hollywood for anyone who’s married. Do you find that’s the case?
No! I’m enjoying being married thoroughly. I really like my wife. I totally enjoy being around her. She’s my best friend, and she allows me to have sex with her. And I really like my kids too. So that makes it easy.