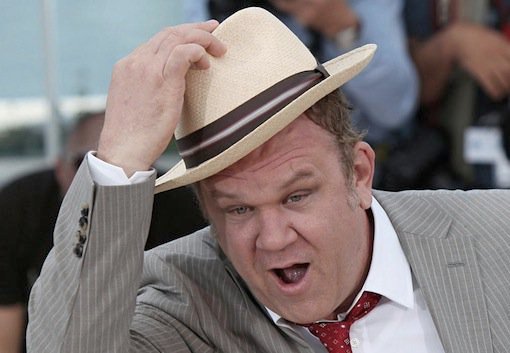 There’s no doubt you recognize John C. Reilly from lots of movies — but you may not know just how many different kinds of movies he’s done. He does comedy, having teamed up with Will Ferrell in Step Brothers and Talladega Nights (and with Tim and Eric to create the amazing Dr. Steve Brule on their Cartoon Network show). He does dramas, like Gangs of New York, Magnolia, and Hoffa. And he even does musicals, having been nominated for an Oscar for his role in Chicago.

We caught up with Reilly while he was promoting the new movie Terri, about a chubby high school misfit befriended by his assistant principal. If we had been ostracized in high school — not that we were! Ha ha ha! — we’d definitely want Reilly to be our princi-pal.

Terri is chubby and wears pajamas to school. Shockingly, he’s also a loner who gets teased a lot. Were you anything like him in high school, or did you mercilessly taunt kids like him?
I was very shy, but I was also very extroverted because I was doing plays. But I did feel like an outsider. I went to a very college-prep kind of high school that had a big football team and was known for its sports programs. I was just known as the guy who did plays. But I had my own little posse of people, and we were able to all feel weird together. We would have befriended Terri.

Your character gives Terri advice — what’s the best advice you’ve ever gotten?
In my first movie, [Casualties of War], we were doing a very emotional wide shot for a scene. I was yelling and going crazy until I was panting, my voice was getting hoarse, and I had nothing left to give — all for a scene that was going to be edited. So Sean Penn put his arm on my shoulder and whispered, “Save some for the closeup.” And he was right. That was great advice — for all facets of life. 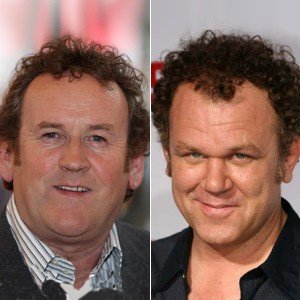 You and Colm Meaney don’t actually look all that much like each other [on second thought, they kind of do—ed.], and yet for the longest time we got you guys mixed up. Have you heard that from other people, or are we just morons?
I’ve heard it once before. Colm actually played my father in the movie Hard Eight, but his scenes were cut. There just aren’t that many people who look like me.

Are the Dr. Steve Brule sketches on Tim and Eric Awesome Show, Great Job! totally scripted, or are they improvised? And where the hell did that character come from?
Both! I’m friends with Tim and Eric. And the less I say about the character, the funnier he is. I’m working on Tim and Eric’s Billion Dollar Movie, but I’m not playing Steve Brule in it.

Bummer. Did you ever worry that doing the kinds of comedies you’ve done would hurt your chances of being cast in dramas?
Yeah, but I change it up enough, so it’s not an issue. There’s a chance that a role can define your career, though. The toughest thing is when you play a character on a television show for years, and after the show ends, you can’t find work because people associate you with that character. I’ve been pretty all over the place with my characters, so hopefully nothing sticks.

You’ve been married for almost 20 years. How do you stay faithful when you’re a big-time actor often surrounded by beautiful women?
You pick the right person and spend as much time with them as you can. We have a two-week rule: If I’m away, we either try to see each other wherever I am, or I come home. That helps a lot. On rare occasions we get to work together, but usually one of us is supporting our personal life, and the other going out to make the donuts.

When you tell people that you met your wife in Thailand [on the set of Casualties of War], do they look at you suspiciously?
Yeah, it was pretty crazy. When I think of how random the world can be sometimes, I think, wow, I really did luck out finding her.

Which catchphrase from your movies best describes your approach to life: “Shake and bake!”, “Respect the cock!”, or “When you’re good to Mama, Mama’s good to you!”
None of them. I think the closest comes from Terri: “Life’s a mess, dude. We’re all just trying the best we can.”