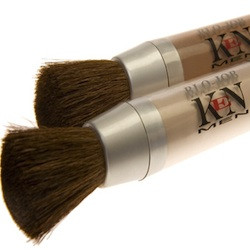 Kenmen – BC/One is a well-known male cosmetics designer and producer whose products focus on a natural, chemical-free approach to cosmetics. Their makeup products include facial powder, eyebrow pens, lip gloss and beard correction tools. All of these products are available online and are sold at affordable prices. Kenmen products are made with organic ingredients and do not contain any chemicals. They launched their product line in 2006 after they saw a need among everyday men for skin and hair improving products. Before 2006, they worked only with Hollywood actors and are currently the leading provider of men’s makeup around the world.

One of their most popular products and currently known as the best makeup for men is the DUO Man Powders Collection. This product is widely used among men who are looking to make their skin color more even. While this is mainly used on the face, some men have had success with using it on other parts of their bodies. The Brow and Beard Corrector Kit is also another popular line of products that are produced by Kenmen – BC/One. The Brow and Beard Corrector is great for men who have a hard time with trimming their facial hair. These pens are used to fill in small gaps that have appeared in the beard or eyebrows. The Brow and Beard Corrector kit is one of the best-selling products at Kenmen – BC/One, which put them on the map to become one of the most well-known providers of the best makeup for men.

ALSO: How to Get Great Skin She Will Notice

Sports betting is now legal and regulated in a growing number of US states. Since 2018, states...