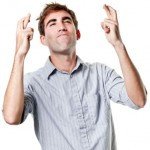 Whether or not you’re man enough to admit it, at some point in every guy’s life, he has tried to score a chick with the ever-so-dreaded pickup line. From drunken nights at the local bar to that legitimately sober attempt on the cute girl that lives down the hall, here’s a list of the worst pickup lines that you should avoid at all costs, unless of course you’re looking to strike out.

Her: Did what hurt?

You: When you fell from Heaven?

While this isn’t one of the worst pickup lines in the entire world, it’s definitely not going to do you any favors when it comes to a girl taking you seriously. It might get a good laugh or two out of her, but if this is all the ammo you’ve got, it’s pretty much guaranteed that you’ll be going home alone at the end of the night.

“Can I buy you a drink, or do you just want the money?”

Despite the fact that a majority of the girls at the bar are just there for the free drinks, that doesn’t mean that you can call them out on it. To add insult to injury, by offering to just give her the money straight up, you’re kind of insinuating that she’s a whore. Be sure to leave this pickup line where you found it…in the trash.

You: Is your boyfriend sitting here?

You: (sitting down) Now he is.

You think you’re clever, but you’re actually just being presumptuous. And super cocky. Just because she said her boyfriend isn’t sitting “here” doesn’t mean that he isn’t across the room getting a drink refill (or better yet, challenging another dude to a quick arm wrestling session). Be careful with this one, it could get you into a lot more trouble than you think.

“If you were a new hamburger at McDonald’s, you would be the McGorgeous.”

Hands down one of the worst pickup lines ever. Comparing a girl to food (especially greasy fast food known for causing heart attacks and clogged arteries) is probably the worst thing you can do as a dude. It doesn’t help that we live in a society where women are self-conscious and attempt to survive on salads and oxygen alone from Monday through Friday. Congratulations Buddy, you’ve managed to successfully cock block yourself.

You: Crap. Something is wrong with my cell phone.

Her: Oh really? What’s wrong with it?

You: Your number isn’t in it.

Wow. Nice job at stating the obvious. Not only is this one of the worst pickup lines, but guess what? At the end of the conversation (you know, the part where she walks away while you’re mid-sentence), your phone still won’t have her number in it. True story.

If you somehow do manage to get a chick back to your place despite the fact that you used one of the worst pickup lines ever, you’ll want to make sure she doesn’t change her mind once she gets there, which would cancel out all of your hard work. The secret to any girl’s heart? Cheesecake stuffed strawberries. That’s right, and we’ve got the recipe right here.