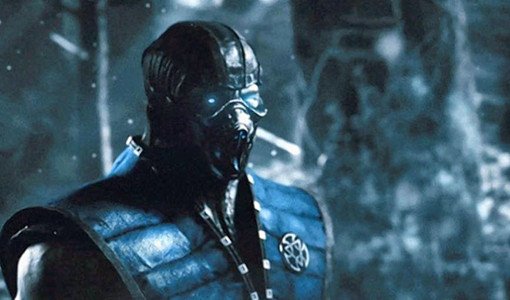 There was blood, guts, and dudes getting their hearts snatched out of their chests. Mortal Kombat was poetry in motion when it debuted back in 1992. Now of course the antics are super tame, but back then parents and Street Fighter II disciples got their panties in a wad over MK.

And as the game’s popularity continued to grow, sequels followed and each became more advanced in terms of gameplay and graphics. Each character got multiple Fatalities and richer storylines. Also, there were the addition of Friendships (instead of killing your opponent in some gruesome manner, you did something kind for them, like give them flowers or candy), and Babalities (you turn your opponent into a baby).

The 10th intallment of the Mortal Kombat series — Mortal Kombat X—  is set to be released sometime in 2015 for Xbox One, Xbox 360, PS4, and PS3. All we have to go by for now is the friendly-looking photo of Sub Zero that’s sitting atop the page. But Warner Bros. Interactive dropped a few hints about gameplay, noting that it will feature an even more “cinematic” presentation than the one in 2011’s reboot of Mortal Kombat (also referred to as MK 9).

Since we have some time to kill and some SEO keywords to jam into this article, let’s take a look at Fatalities from past Mortal Kombat video games …

(*We skipped the action-adventure spin-off games involving Sub-Zero, Jax, Liu Kang, and Kung Lao, as well as the Mortal Kombat vs. DC Universe game because who the hell cares about them.)

UP NEXT: FATALITIES FROM MORTAL KOMBAT 4