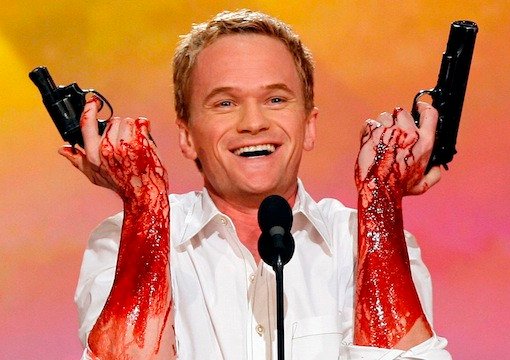 Neil Patrick Harris is so good at what he does that he actually made guys who don’t care about Broadway watch the Tony Awards when he hosted earlier this year … or at least watch clips of him on the Internet the next day. But it’s not just that he can sing and dance and act and be funny — his Barney Stinson character on How I Met Your Mother is the best thing about the show — it’s that he has no problem making fun of himself, which is one reason he’s so good playing “himself” in the Harold & Kumar movies, including the current A Very Harold & Kumar 3D Christmas.

We chatted with the guy who originally gained fame playing a child doctor on Doogie Howser, M.D. — a terrifying premise for a show, come to think of it — about his “NPH” alter ego, hitting on chicks, and 3D for stoners.

You can act, sing, dance — and apparently come back from the dead, since you died in the last Harold & Kumar. How the hell does that work?
I love that I get to do that! Plus I only had to come to work for two days on the new movie, cause mayhem, and then go back to my normal life.

We love Harold and Kumar, but it’s not the first movie we’d think of for the 3D treatment. How did they use 3D in the movie?
Well, people watching the film stoned [in other words, the audience—Ed.] will think it’s dynamite to watch. The people making the movie have definitely included good pot-smoking visuals.

America has been having a love affair with you for years now. Do you credit the first Harold and Kumar with starting that?
Yeah, it was weirdly reverential even though I was such a mess in it and stole their car. Harold and Kumar were still like, “That was cool, I guess.”

Did you consider turning down the role in the first movie? It wasn’t a … traditional role.
I was really concerned about it. You don’t want to come on board to a film playing yourself, then have a new writer change the tone and suddenly there are people making jokes at your expense. In my contract I was very specific about what the content would entail, and they were cool about all of it.

How difficult is it to play a character who is supposedly you?
It’s super easy. People ask me if “NPH” should get his own movie and I’m always so wary of that being shark jumpy. But it would be fun to do a whole movie where I was a ’70s blaxploitation version of NPH. With guns.

It looks like you’re very into the ladies in the movie. Why do you think people love it so much when you play dudes obsessed with banging chicks?
Yeah, it’s so wild, between NPH and Barney Stinson, guys must think I’m having a grand ole time. I find it funny that in real life I’m in a relationship with a guy and that we have two kids, and yet frat guys are like, “Barney Stinson! Harold and Kumar! Dude!” But I like that dynamic.

Do women ever hit on you in real life?
After they see this movie, I think they’re going to run from me, actually. But I talk to a lot of girls who know I’m gay yet still flirt with me — and I flirt back. I think it’s fun to flirt; it doesn’t mean that anything will come of it, but it’s nice to be told you’re hot and that your t!ts look great.

Would you ever reprise your role as Dr. Horrible? Things got real dark at the end, so it’d be nice to see him in a better place.
I would love to, and I think everyone from that show would love to as well. We were about to make a movie out of it, but there was only a small window to try to get all our schedules to coordinate. Nathan [Fillion] has his show too, Joss [Whedon] is doing movies nonstop. Sometimes it’s just a case of bad timing. 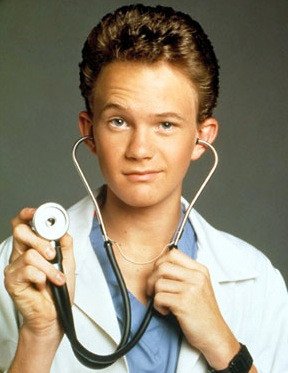 Speaking of doctors, if someone were to call you Doogie, would you want to a. smash an old-school computer monitor over their head, b. push them out of a second-story bedroom window, or c. choke them with a stethoscope?
No, I get a lot of people who say “Hey Doogie! We love your CBS show!” I have no problem if people make fun of me, but not about Doogie or my past roles. That’s the only taboo that I won’t cross. I don’t think it’s funny to have cracked-out NPH talking sh!t about [Doogie’s best friend] Vinny. If you look back on the first Harold & Kumar, NPH is very wistful about that chapter of his life. He misses it. I think that’s a funnier take than “I’m too cool for my past.”

Your twins just turned 1. Do you have any advice for dads-to-be?
Babies change everything. You have to become super-selfless and super-tired and super-amenable to change. I’m assuming as they get a little bit older it’ll stop being so radically different every week, but right now, it’s that suddenly they’re reaching this level and suddenly you have to deal with that thing and then suddenly they’re walking …

What are you giving them for Christmas?
Come on, I can’t tell you that.