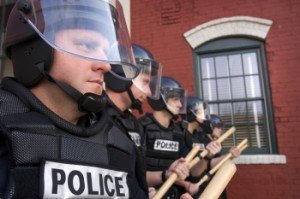 After a disaster strikes, a controversial court verdict is read on live TV, or one of Philadelphia’s pro sports teams wins a title, rioting and/or looting is pretty much a given. And that’s when the fuzz has to strap on riot gear and get to work.

For some bizarre reason, the cops aren’t always authorized to blow away evil-doers in those situations. So they often resort to non-lethal weapons in order to restore law and order. Whether they stun you, electrocute you, blind you, or just make you weep shameful tears, here are six of the most badass non-lethal weapons we could find. 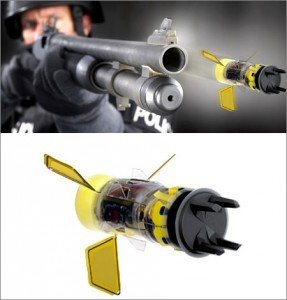 eXtended Range Electronic Projectile (XREP)
Dispersing crowds with rubber bullets is so 20th Century. Riot police can now load 12-gauge shotguns with these projectiles, which basically amount to wireless tasers with ranges of more than 100 feet. Upon impact the slug induces muscle paralysis and sends its target into hilarious convulsions. 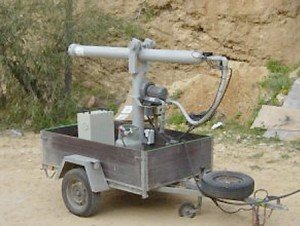 Thunder Generator Sound Cannon
A concoction of cooking gas, liquefied petroleum, and air creates a shock wave capable of stunning people up to 100 meters away. Even cooler? Anyone unlucky enough to be less than 10 meters away from this thing can suffer brain damage. So it’s technically non-lethal, but we wouldn’t take our chances. 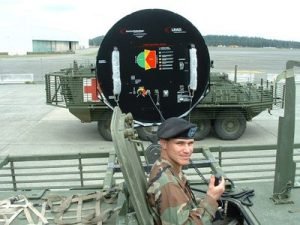 Long Range Acoustic Device (LRAD)
It sounds like the name of a bad college punk band, but the LRAD is a 45-pound black disc capable of producing a beam of sound that’s far worse than three poorly but loudly played chords. The sound it produces can be just plain ol’ irritating or so painful it brings you to your knees and causes permanent hearing loss. However, if you’re wearing ear protection, the device is ineffective.