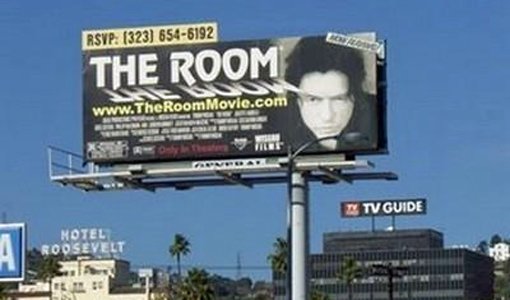 When The Room premiered in 2003, one thing was clear: It was f*cking terrible. The “movie” was 99 minutes of painful acting, terrible dialog, laughable continuity issues, obvious narrative flaws, leaden plotting, and lousy production value. It was so bad, in fact, that it … ended up being totally amazing.

The Room is about a dude named Johnny (Tommy Wiseau) and his fiancé Lisa (Juliette Danielle). They have plenty of gratuitous sex (despite the fact that the actors don’t really have the bodies for doing it on camera), but their zany sex life isn’t enough to prevent Lisa from getting bored. So she makes a play for Johnny’s best friend, Mark (Greg Sesterno). What results is a love triangle that comes complete with sex, violence, drug dealers, breast cancer, lying, more sex, and an ungodly number of subplots and secondary characters that even the writer clearly had trouble keeping track of. The result is a hilarious mess.

Over the years, The Room achieved cult status in Hollywood. Celebrities like Jonah Hill and Paul Rudd have quietly promoted midnight screenings to celebrate its monumental awfulness. A disturbing billboard (see above) featuring a creepy photo of writer/director/producer Wiseau gazing down upon the streets below even graced Los Angeles for four straight years after the film opened.