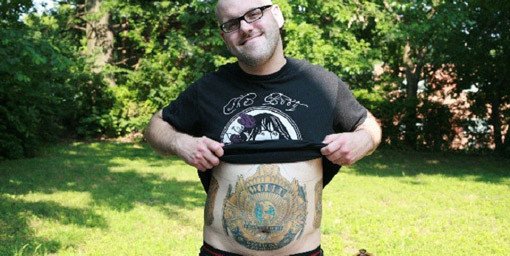 Pro wrestling fans are some of the most passionate people around. Yes, it’s unfortunate that they’re super into fake wrestling and who is being scripted to win what title than, say, curing cancer or inventing a beer that gets you hammered with one sip, but to each his or her own, we suppose. Plus, without their tenacity toward pro wrestling, we wouldn’t have their amazing photo gallery of terrible wrestling fans with terrible wrestling tattoos to show you. Are they the worst tattoos of all time? Probably not.