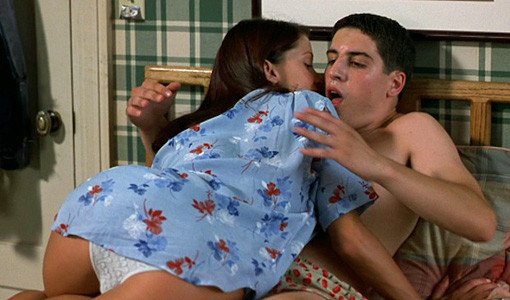 Chances are you don’t sit at home wondering to yourself, “Hmm. How long should a penis be?” But pretty much every guy has wondered whether his penis measures up — not necessarily in terms of other penises, but in terms of their partner’s satisfaction. Thing is, if you were to ask 10 different women how long a penis should be, you’d probably get 10 different answers. So that’s no help. But luckily, some scientists from Scotland — we were also surprised they have scientists — think they’ve come up with the answer.

That answer? At least 5.8 inches long. Researchers came up with that number by asking 323 women about their sexual histories. They took the ones who reported having the most vaginal orgasms and came up with the average size of the penis the women said was responsible. The theory is that a longer dong better stimulates a woman’s naughty parts.

Still, guys sporting totem poles in their pants shouldn’t get, uh, cocky. For starters, not all women can have vaginal orgasms. Plus, the study didn’t get into the role of foreplay or how or when or where the sex went down.