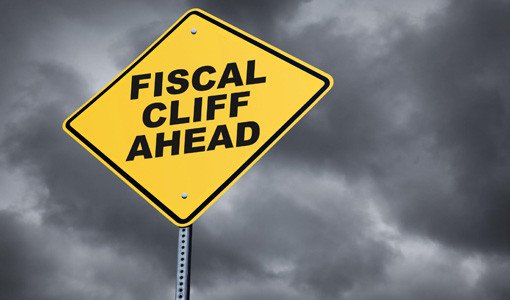 Now that the presidential election is finally over, we’re no longer being bombarded with news about debates, the 47 percent, and (worst of all) what people in Ohio and Florida think. Instead, all we hear about now is the “fiscal cliff” and how we’re racing toward it. Does that sound somewhat alarming? Well, it should!

Here’s what you should know about how effed we are on January 2, 2013, if the fat cats in Washington don’t act. 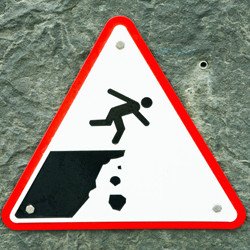 1. WHAT IS THE FISCAL CLIFF?
It’s $7 trillion worth of significant tax increases and large spending cuts that are set to become law in January. Tax cuts will expire and reset tax rates to (higher) 2001 levels. President Obama’s 2 percent payroll tax cut will end. Funding for things like education and air-travel safety will be slashed. Income tax and capital gains tax rates will rise. Extended unemployment benefits will expire. Medicare payments for physicians will drop by nearly 30 percent. The result will be that over a 10-year period, the federal deficit would drop by an estimated $1.2 trillion. Sounds like a good thing, right? Wrong. It’s very bad. 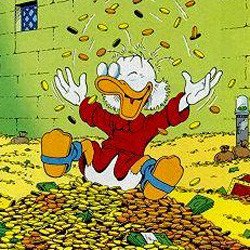 2. WAIT, WHY IS IT SO BAD?
About 80 percent of households would face a tax hike of thousands of dollars. That, combined with all the spending cuts, would almost certainly send the economy back into recession. In addition, the unemployment rate would likely shoot back up above 9 percent (it’s currently at 7.8 percent). 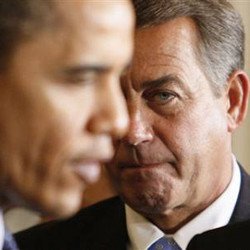 3. GREAT. WHY ARE WE EVEN IN THIS POSITION?
In a nutshell it’s because most politicians are venal sociopaths. We have a hefty budget deficit and what’s known in technical terms as a shit-ton of debt. Back in 2011, Democrats and Republicans agreed it needed to be addressed but couldn’t agree on how to address it. So they formed a committee to get ‘er done, with the understanding that if the committee did not get ‘er done, draconian spending cuts and tax hikes would go into effect, effing up the economy. It was supposed to ensure that the committee would ger ‘er done. Well, the committee did not get ‘er done. 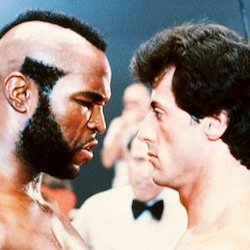 4. GAH! WHAT’S THE DISAGREEMENT ABOUT?
President Obama and the Democrat-controlled Senate want to see tax revenues rise by allowing Bush-era tax cuts for the richest Americans to expire. The president has said he’s open to compromising with Republicans by cutting entitlement programs in return. However, House Speaker John Boehner — and pretty much every other Republican in Washington — has said that they’ll refuse to raise tax rates no matter what. Again, it gets more complicated than that, but those are the basics. 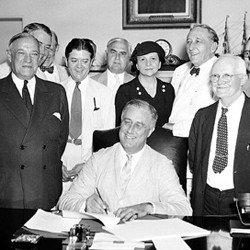 5. ARE THERE ANY EXEMPTIONS TO ALL THE CUTS AND TAX HIKES?
Yes. Social Security, Medicaid, supplemental security income, refundable tax credits, children’s health insurance program, the food stamp program, veterans benefits, and military personnel would all be exempt from the cuts. 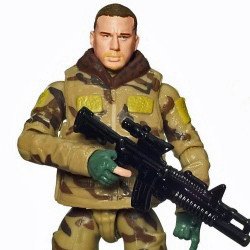 About $55 billion would be cut from discretionary defense spending in 2013. While some argue that our defense budget is bloated — we spend more on our military than China, the U.K., France, Russia, Japan, Saudi Arabia, Germany, India, Italy, Brazil, South Korea, Australia, Canada, Turkey, the United Arab Emirates, Spain, and Israel combined — others say it’ll hamper our ability to fight the ongoing war on terror and keep our troops safe from evildoers. 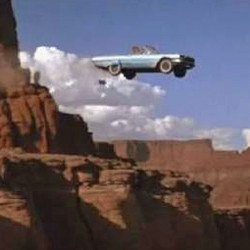 7. WHAT’S THE STATUS AS OF NOW?
There’s been talk from President Obama and congressional leaders about striking a deal. Obama and the Democrats owned election day — he won handily, and more Democrats were elected to both the Senate and the House — and so they’re in the driver’s seat in some ways. As a result, Boehner now says that Republicans are willing to talk about raising tax “revenue.” What does that mean? Closing tax loopholes and ending deductions. Problem solved! Except not really, because Congress can’t possibly amend the unbelievably complex tax code by the first of the year. So we’re still headed toward the cliff, full-speed ahead.