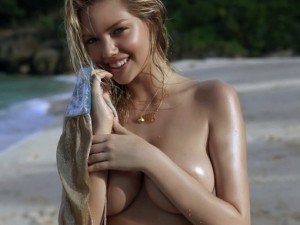 Bad news — your girlfriend might be faking it. How do we know? Because chubbed-up researchers from Kinsey Institute told us.

The eggheads performed a study on orgasms to see how or if sexual orientation correlated to achieving climax. Sadly, their report, which was published in The Journal of Sexual Medicine, is an incredibly boring read with lots of big words and no pictures. Still, it had some interesting info in it …

Also: How To Tell If She’s Faking It

After looking at data from more than 6,000 single men and women ages 21-65 via an internet questionnaire, the scientists concluded that straight women experience orgasm the least, while straight men achieve them the most. Also, seven percent of male participants in the study were found to be doomed to suffer from aorasmica — never achieving orgasm. (The non-scientific name for this is, of course, Perma Blue Ball Syndrome.)

In the end, this clearly tells us that we’re not as good in the sack as we thought. Great, now we’re depressed …

5 Tips To Overcome Your Fear Of Online Dating

How to Know if She is Talking to Someone Else