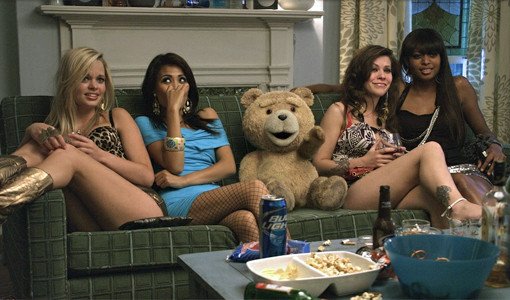 A movie that features a talking teddy bear who swears, rips bongs, and bangs hookers? Why, even grating Boston accents couldn’t keep us away! Ted, which is Seth MacFarlane‘s first movie, tells the story of Johnny (Mark Wahlberg) and his best friend/stuffed animal Ted, who came to life after a young Johnny wished upon a star. Ted’s voice sounds shockingly similar to Peter Griffin. Also, Mila Kunis is in it.

Ted is clearly our kinda bear, which got us thinking about other bears we love. Turns out, there are more than you’d think, so while Ted may be the best bear with whom to get totally hammered at a bar, we’d happily enjoy a brewski or two with others. Such as … 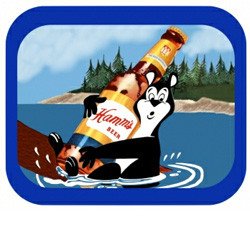 SASCHA THE HAMM’S BEER BEAR
This one’s obvious. As the mascot of Hamm’s beer for almost 50 years — he was retired about 15 years ago because uptight Hamm’s suits feared an adorable cartoon bear mascot would for some reason be interpreted as an attempt to hook children on cool, delicious Hamm’s — Sascha’s hilarious antics made millions of drinkers yearn for “the land of sky-blue waters.” Just try watching the commercial below without jonesing for a Hamm’s. 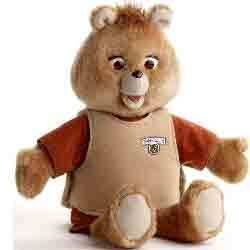 TEDDY RUXPIN
In 1985, this Uncanny Valley-straddling bear was all the rage. He could regale children with stories thanks to the batteries and audiocassettes crammed in his back, and he could do it while moving his mouth and blinking his eyes. Sound creepy? That was nothing compared to what happened if the tape became warped, and Teddy would move his mouth and eyes while speaking as though he were possessed. Still, Teddy’s popularity landed him a lousy TV show, and his unsettling yet impressive (for 1985) technological advancement landed him a place in our hearts. He even gets a shout-out in Ted. 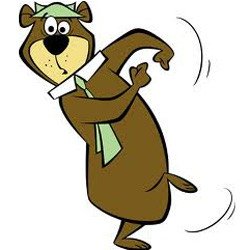 YOGI BEAR
Ever notice how Yogi Bear and Barney Rubble sort of sound alike? Quite possibly not. But they do, and that’s because they’re both cartoon rip-offs of Art Carney’s character Ed Norton from the TV show The Honeymooners. Yogi, however, was his own unique character, and had several popular catchphrases he’d spout whilst causing havoc in Jellystone Park. “Hey Boo-Boo!” when he wanted the attention of his constant companion. “I’m smarter than the average bear!” when he did something idiotic that somehow worked out in the end. “Pic-a-nic baskets” when he saw picnic baskets. Basically, Yogi lived to do only three things: Relax, eat, and steal from others. Hmm … that is kinda smart, actually. 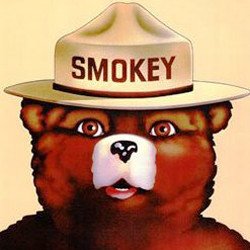 SMOKEY BEAR
He doesn’t smoke, drink, or joke around when it comes to fire prevention. In fact, we can’t even imagine how many fires we’d have set if it weren’t for Smokey’s PSAs informing us that torching nature is bad, because we assumed if Smokey caught us he would tear off our arms and eat our organs. The United States Forest Service thought up Smokey back in 1944 with the slogan “Smokey says care will prevent 9 out of 10 forest fires!” Later that was changed to the far more pithy “Only YOU can prevent forest fires.”