The scrotum is a funny thing. Not just when drawn on a passed out friend’s forehead, but when considered as one of the most tender and sensitive targets on a man’s body. Why does a strike to the nuts hurt so much? We asked Dr. Muhammad Mizra, a certified men’s sexual health and erectile dysfunction specialist, and founder of ErectileDoctor.com, to explain. Then, maybe we asked him a few more questions. For our friends…

Also: What’s The Best Want To Keep Your Balls Dry?

Here comes the foot. No, not the Shredder’s army of thugs, the steel-toe Doc Martin aiming right at your tenders. “The moment the foot makes contact with the groin,” explains Dr. Mizra, “warning signals are sent to the brain at approximately 265 miles per hour. Signals from the brain are then sent down the spine and into the groin and abdominal area.” 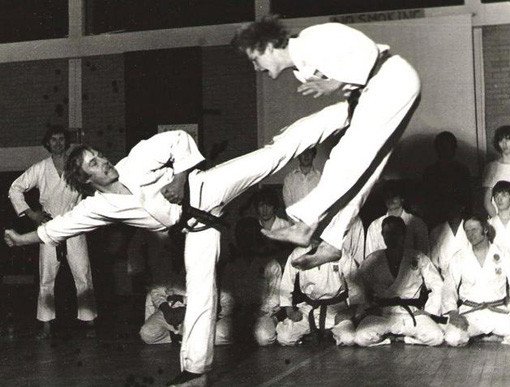 “Neurotransmitters called Substance P* that alert the brain that it’s feeling pain are then released from within the testicles,” Dr. Mizra continues. “Substance P travels from the testicles up through the spinal column into the brain and is then processed by the part of the brain called the somatosensory cortex, which is responsible for processing physical sensations.”

*Would make a killer band name

Also: Tripping balls is actually good for you!

The brain releases endorphins, which decrease the perception of pain. Dr. Mizra clarifies. “The production of these endorphins leads to decreased oxygen levels within the brain,” he explains. “Typically, in this type of situation, it can cause a throbbing headache and sometimes nausea. Because signals are also sent to the abdominal area, as this area shares the same set of pain receptors with the groin, the physical response would likely be holding onto the stomach and bending over and/or falling to the ground and going into the fetal position.” See? So, the girly reaction is biological, not wuss-related.

“At this point,” begins Dr. Mizra, “Rapid heart rate, increased body temperature, and sweating would also likely occur. The testicles would swell and the skin of the scrotum would appear red and feel tender/sore.” It gets better, too. “For some,” he says, “a part of the brain called the cervical sympathetic ganglia is activated, which controls the salivary glands of the face, resulting in tearing or crying.” So, next time you watch Rudy and lose it, blame it on your cervical sympathetic ganglia.

“Now the inner ears can also experience a change in fluids, resulting in dizziness, which would also contribute to the previous response of lying on the ground with the knees bent or in the fetal position.” Dr. Mizra continues, “Abdominal pain paired with nausea and dizziness could also lead to throwing up, depending on the severity of the kick and the individual’s unique response.” 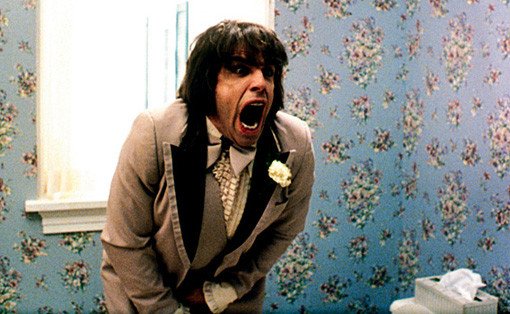 “While lying down on one’s back,” Dr. Mizra adds, “equilibrium can begin to be reestablished as blood can flow more easily to the brain. This will provide it with the oxygen it needs to relieve the headache and nausea, and deactivate the sympathetic ganglia that caused dizziness and crying.”

Once the storm is over, Dr. Mizra advises lying down until your friends quit laughing. “Lying down will allow chemical and physical responses within the body and brain to slow down and gradually return to a normal state,” he says.

Fluids will also help restore you to normal. “A substantial amount of fluids can be lost due to intense sweating and throwing up. Replenish with fluids and get adequate rest to make a full recovery.” You’re not going to be invited out for a while anyway. If you are still experiencing long-term issues, you may have erectile problems.