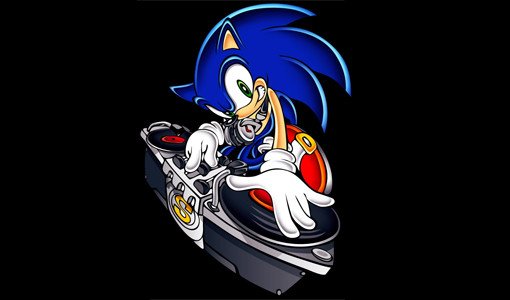 We’ve spent countless hours playing video games from Tetris to Mortal Kombat to Skyrim — but never on a Friday or Saturday because we always have awesome plans on those nights, ha ha! — and as a result the theme music from certain games is forever ingrained in our heads. They’re all just like any song; if you hear it enough, you’re going to remember it.

But unlike other songs, video game music isn’t generally anything we’d sit and listen to if we weren’t playing the game. But some musicians who are clearly also big gamers have taken the time to re-record video game music and create songs that are relatively listenable.

“Skyrim Meets Metal” | 331Erock
Don’t let this guy’s creepy wink at the beginning ruin it for you, because one of the greatest games ever gets the epic shredding it so richly deserves.

“Castlevania” | The Minibosses
In addition to this version of the music from Castlevania, the Minibosses have done covers from, Mega Man 2, Excitebike, Mike Tyson’s Punch-Out!!, Goonies II, Double Dragon, and Contra. We hear they have original songs too, but whatever.

“Super Mario Bros. 2 Super Buck Jazz OC Remix” | Estradasphere
Super Mario Bros. 2 may have been a letdown (the excellent third installment made up for it), but we imagine this jazzy take on the game’s music is what Princess Toadstool plays when she’s pole dancing for Mario.

“Hedgehog Metal” | MegaDriver
How much time do you think this guitarist dude spent playing Sonic the Hedgehog? Now take a closer look at his guitar, which is apparently made out of an old Sega Genesis. Did you just add a billion hours to your original estimate?

“Tetris” | Powerglove
“Russian speed metal band” is pretty much one of the scariest concepts ever. We don’t know where Powerglove is from, but the fact that they’re playing the Russian theme from Tetris is enough to make us not want to f*ck with them.

“Legend of Zelda” | Push
Of course there was going to be a ska-ified theme on this list. This take on the Zelda might not inspire you to skank, but it’ll leave you wishing you had an ocarina laying around to play along on.

“Dancing Mad” (Final Fantasy VI) | The Black Mages
Believe it or not, this jam from a group called The Black Mages is a little overwrought. But in an endearing way, like if the Electric Light Orchestra had met each other at a LAN party.