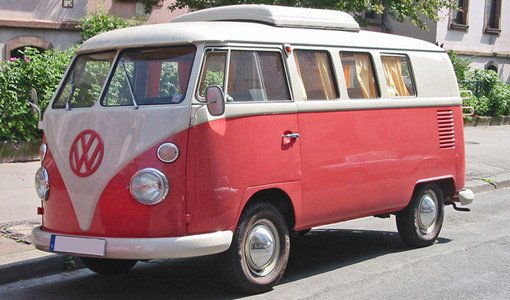 The Volkswagen Bus came to prominence in an era of lava lamps, tie-dye shirts, drum circles, and free love. (You know, all of that BS old people won’t stop yapping about.) Back then, the Bus served as the perfect taxi for hippies who used it to hotbox pot smoke en route to concerts that were probably way worse the old hippies would have us believe they were. Then, as the years passed, buying a VW Bus became an investment of sorts. Hippies got older, got MBAs, and earned tons of cash. Then, instead of using it to fix the world, like they said they would when they were poor, they used it to buy dumb shit for themselves — like restored VW busses!

But only Brazil still produces the now 56-year-old VW Minibus, and that’s going to end this December. Why? Because the VW Bus has 56-year-old safety standards, and new laws in Brazil will require vehicles to have — get this — air bags and anti-lock breaks. Volkswagen engineers say they can’t incorporate those modifications into the current Bus, and so it’s being retired.

Brazil is chock-a-block with jaguars, burning forests, and uzi-wielding favela gangsters, but a classic car without an airbag is too dangerous? Got it.

Anyway, before the last VW Bus rolls off the line (and is promptly stolen in a hail of gunfire by those gangsters), we wanted to pay our respects.