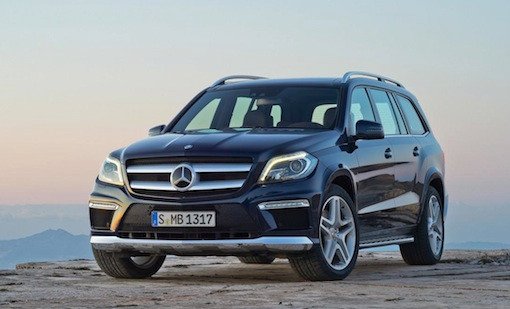 I’m pretty much hanging off a cliff on the side of a mountain somewhere outside Taos, New Mexico, but it’s not as bad as it sounds. That’s because I’m sitting inside a loaded-to-the-gills diesel-powered 2013 Mercedes-Benz GL350 BlueTEC 4MATIC. So while it’s been raining on and off all day and the dirt road is turning into a Slip ‘n Slide of muddy ruts, I don’t currently fear for my life … well, any more than I typically do.

Anyway, I’m back on that mountain, not all that concerned about the precariousness of my position thanks to a driver’s seat on full massage mode and satellite radio kicking out the jams thanks to a fantastic stereo. The leathery cabin (fully loaded, the GL350 creeps toward $100K) is so quiet I can barely hear the diesel engine purring under the hood. Just another Sunday drive down a rain-slicked mountain. Now, which XM station is Deep Tracks?